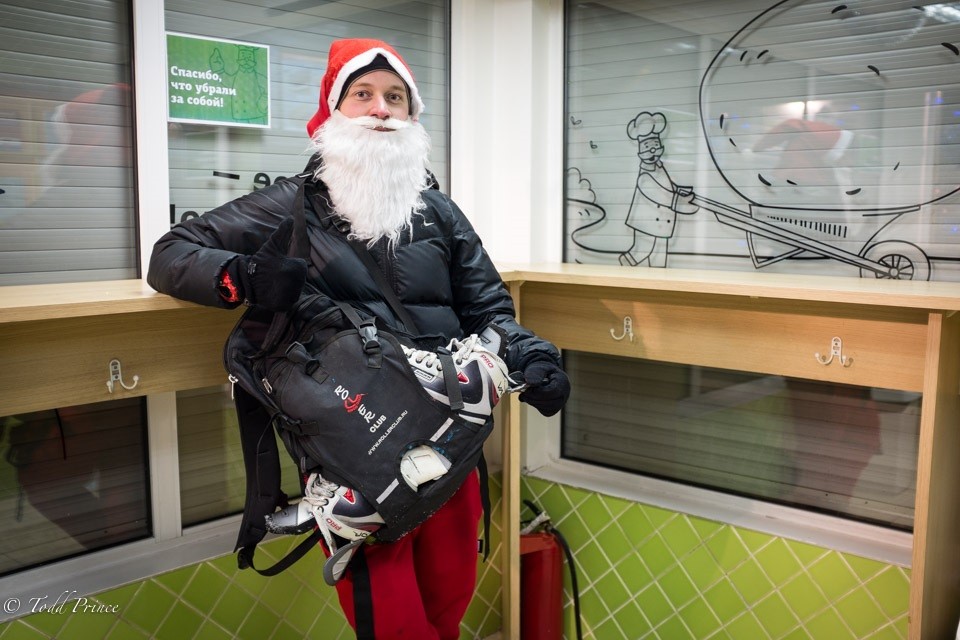 A few more holiday shots ….Alex was heading toward the Moscow metro around midnight a few days before the New Year’s holiday, carrying his ice skates and wearing a Santa Claus mask. He said he recently lost his job – explaining why he was out so late before a work day – and was ‘trying to find himself.’ Having studied hospitality because he enjoys commmunicating with people, he said worked at a state-owned company under a former military official that didn’t appreciate his lighter-hearted style. It wasn’t as if Alex were new to such a strict environment – he said he had done his year of mandatory Russian military service. Alex said the service was in some ways a good school in preparing one for life. ‘You are with complete strangers and you have no where to run. You have to learn to live with them.’