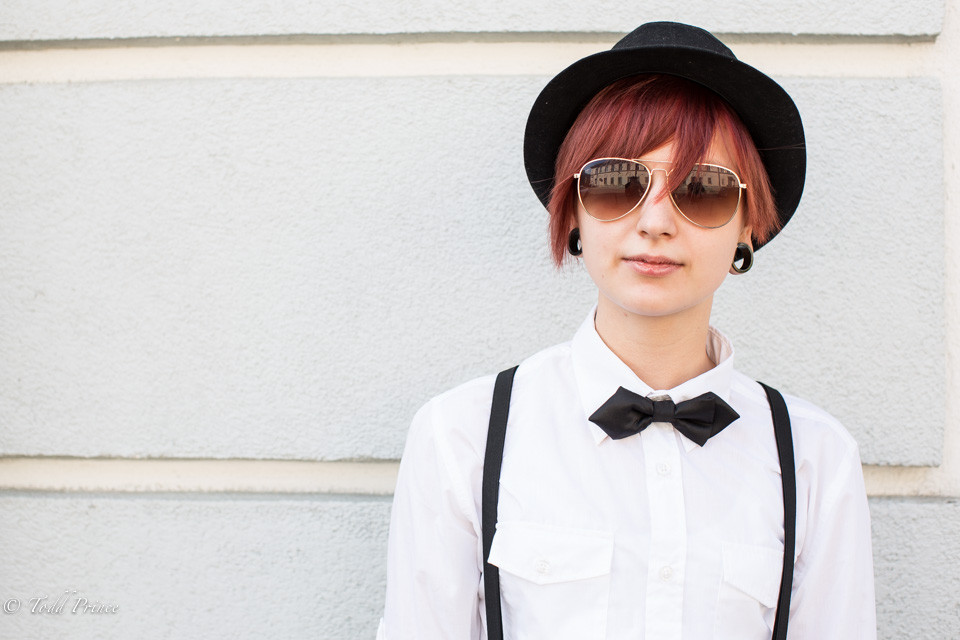 MOSCOW:  Alina, a university student, was walking with friends in the center of Moscow dressed in a black bow tie, suspenders and hat.

She said she is a fan of cosplay – dressing up like animation characters – and simply enjoys changing her appearance through clothing.

However, on this particular day, she was just being herself, she said. It is more popular this summer for girls in Moscow and St. Petersburg to wear bow ties.

Alina said she would like to get a tattoo later this summer. 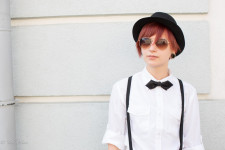 Alina wants to get her first tattoo later this summer.