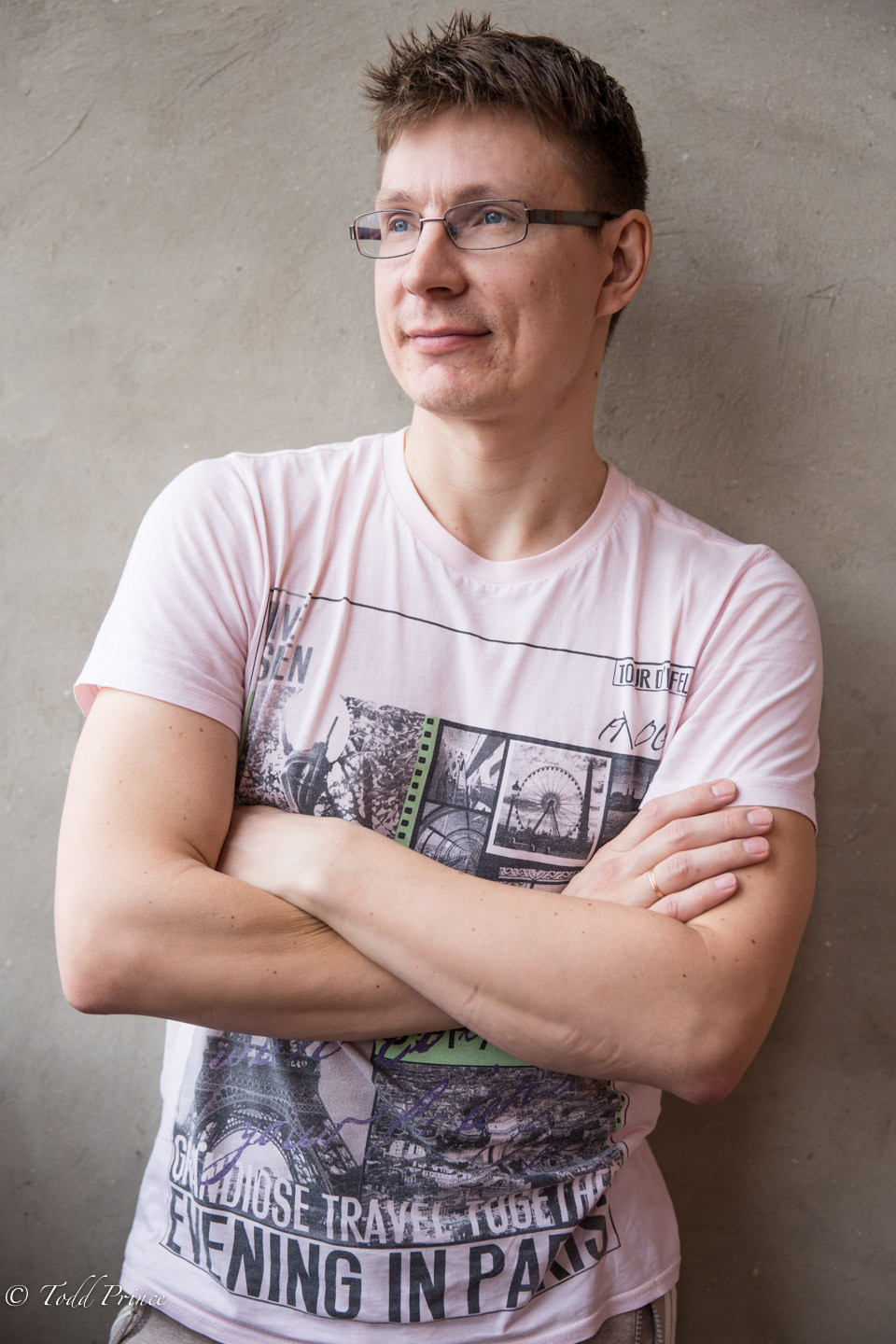 Andrei, 34, was working on a computer in the kitchen of a hostel in Ulyanovsk, about 4,000 kilometers from his home town of Angarsk near Lake Baikal in Siberia.

A father of four children, including two step-children, Andrei said he has completely changed his life over the last few years.

He said he quit smoking three years ago, then drinking and  his full-time office job as an accountant. He also said he changed 95% of the people around him to ensure he didn’t resume the bad habits.

”Your lifestyle depends on the people around you,” he said. ”I feel great now.”

Andrei now travels around the country to buy used cars from bankrupt or distressed companies and resell them. He said he prefers having the freedom of working for himself.

Andrei, who regularly jogs in the morning, said his future plans include having another child.