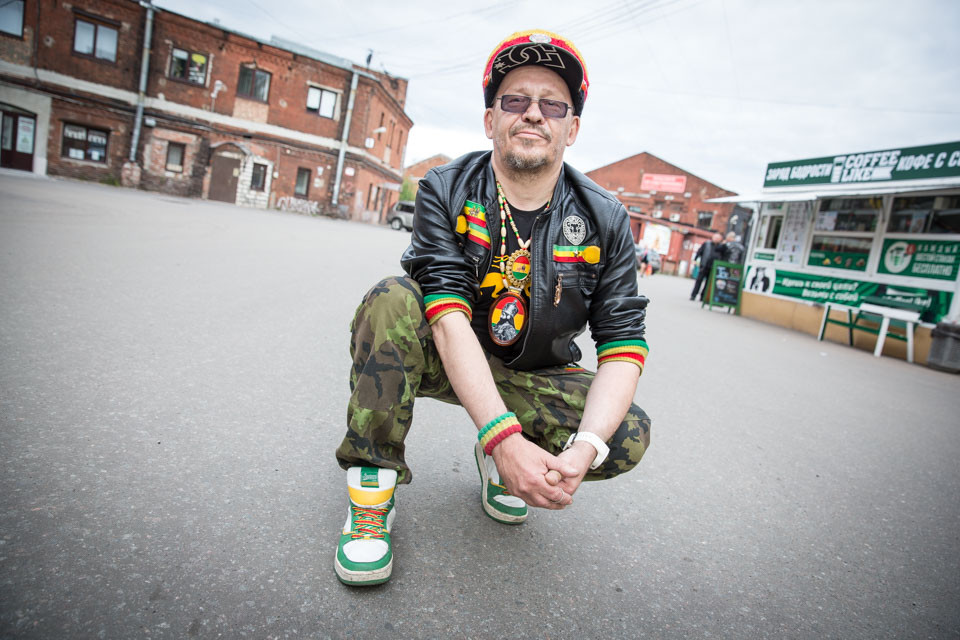 St. Petersburg: Andrei, 57, introduced himself as Dr. I-Bolit and said he has been playing reggae music for 35 years.

He said reggae was popular in St Petes in the 1990s, but interest has fallen.

Andrei said he has children and grandchildren and described himself as a ‘happy grandfather.’ I asked how his family reacts to his clothing.

He said his children are a bit embarrassed when walking with him on the streets. People think he is their older brother and not their father.

Andrei said his youngest daughter died in a car accident in the early 1990s and that really impacted him. After a depression, he channeled his emotions back into music.

He dreams of visiting Jamaica and Ethiopia, saying ”Ethiopia is in my heart.” His favorite reggae song is ‘No Woman, No Cry.’ 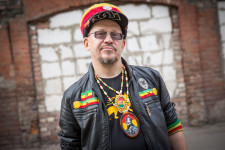 Andrei said reggae was popular in Russia in the 1990s. 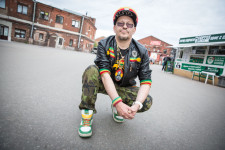 Andrei has been playing reggae music for 35 years.