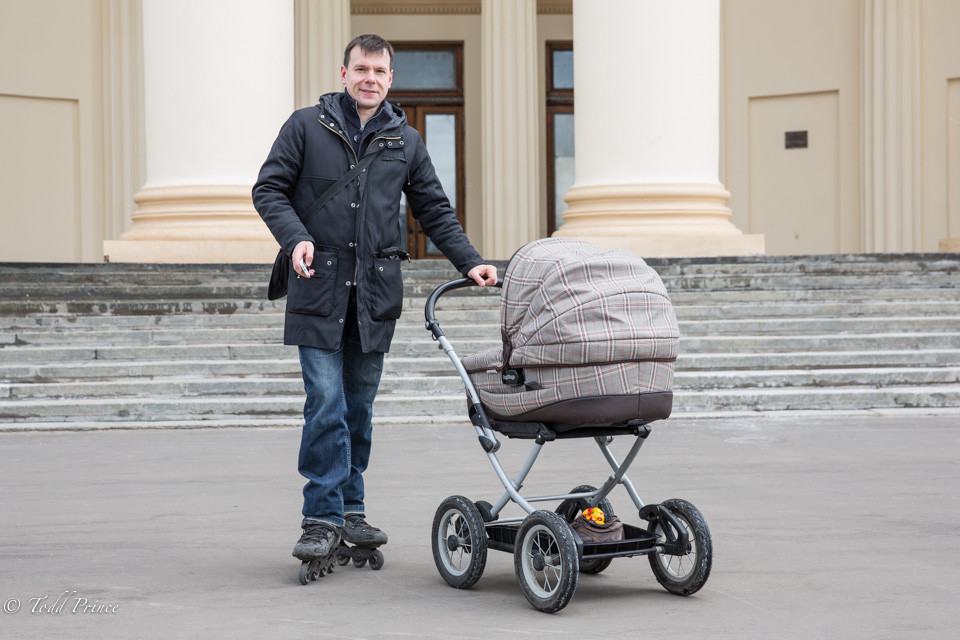 MOSCOW: Andrey was skating around VDNKh Park in Moscow, pushing his third baby girl in a carriage as he did so.

The image highlighted three trends I have seen in Moscow in particular and in Russia in general over the past few years: more people – especially adults – exercising; families having more children and fathers spending more time (publicly) with their children.

When I spoke with Andrey, a lawyer, he said there was a change in values among people of his generation toward’s family life. While men of this father’s generation might have spent time fixing the car or doing some other handy work, now they are spending more time with their family, he said.

As for sports, Andrey said he has been skating for about 12 years. 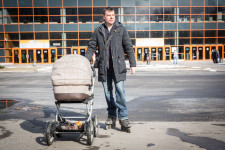 Andrey said he has been skating for 12 years. 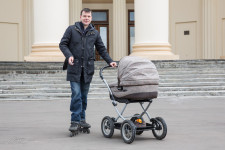 Andrey is a father of 3 girls.