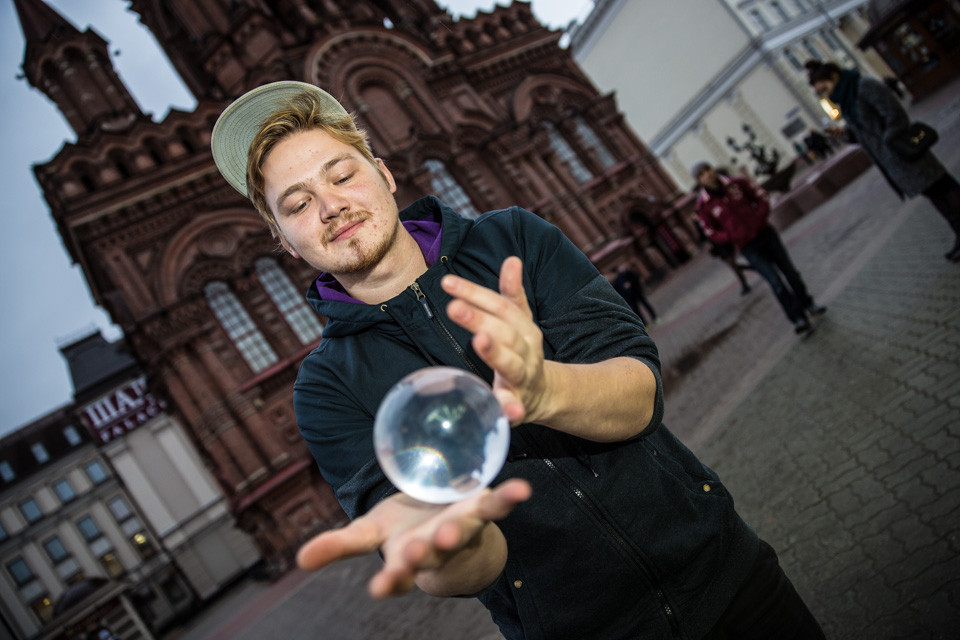 KAZAN: “I first saw this performance art on TV news, then I looked it up on Youtube, tried to copy what I saw and then I began to try my own tricks,” said Artur.

I stopped to talk to him as he was wearing a Brooklyn shirt. He used to perform beatbox, but said there were many youth doing that as well in Kazan.

In addition, he wanted to learn something new that could delight people. He took first place in Tatarstan and second in a Russia-wide student competition.

“After that, I started to get calls to perform [for money].” Artur used to perform a few times a week, but now less often. He is finishing his university degree in marketing while also working part-time for Red Bull.