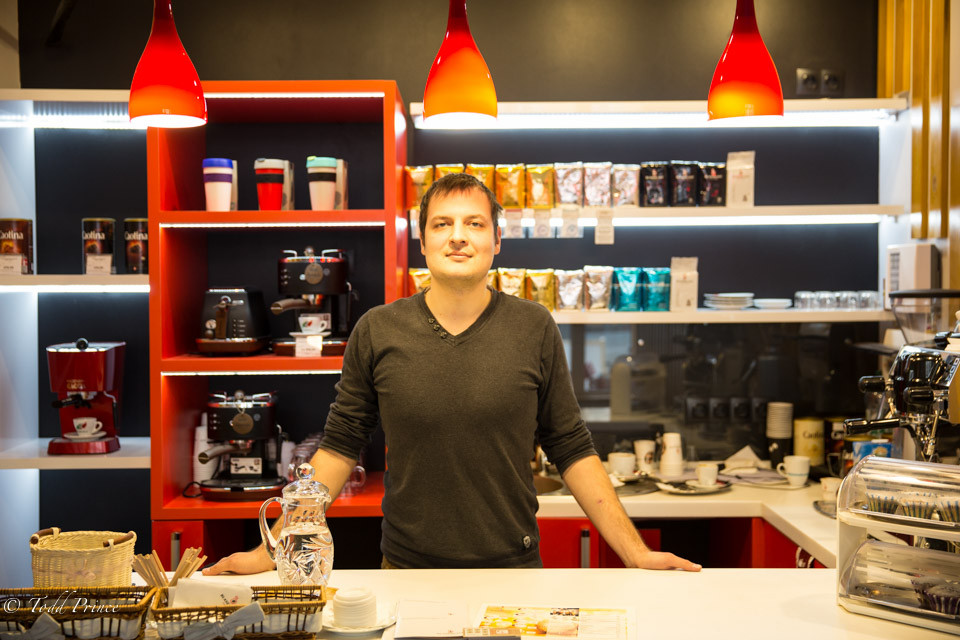 He isn’t the only one that has noticed that trend … Starbucks is opening their first store in Samara – albeit in the airport. Boris says his cafe is focusing on espresso-based drinks and not the wide, flavored assortment of something like a Starbucks. He says their coffee is a bit more expensive than competitors as roasted abroad. If things go well, he will consider opening another location.

In addition to more coffee drinkers, Boris would like to see more vegetarians in Samara. “It was difficult becoming a vegetarian because we were lacking products,” said Boris, who stopped eating meat five years ago. “There are not many vegetarians in Russia, but there is a growing trend.” He says he orders his vegetarian sausages through the Internet. He says there are now some good producers in Russia.

Boris standing in front of his coffee shop. 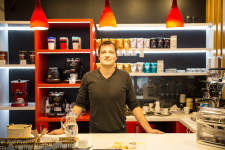 Boris recently opened a cafe in the center of Samara with a friend.