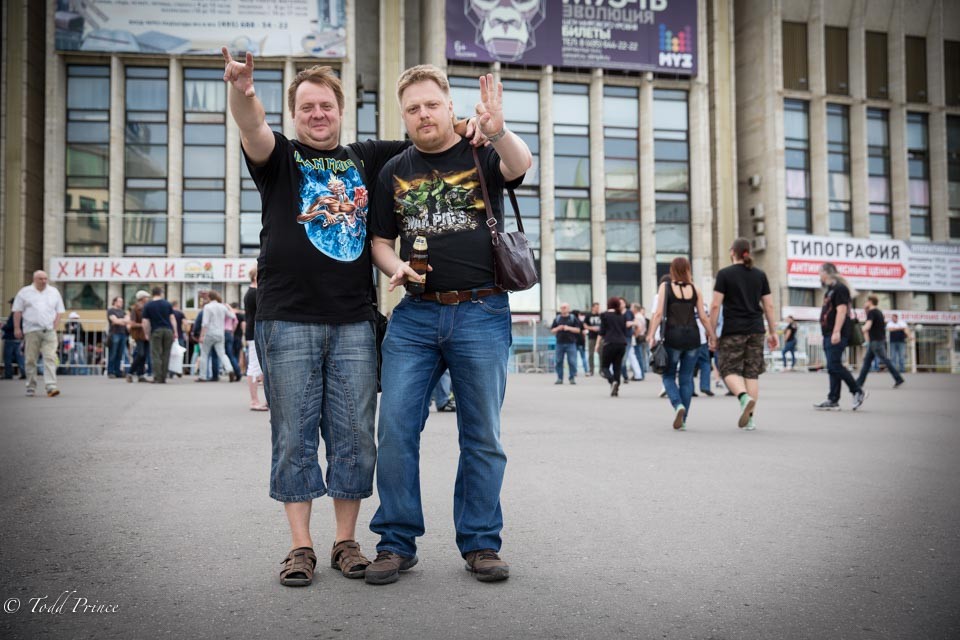 These brothers said they attended Black Sabbath’s first Moscow concert in the days of Perestroika. They returned to see the groups 2nd gig this year. I asked them how the concert atmosphere differed today from 1989. “Everything is different – it was a different country {USSR}, different people. There was more cohesion among people then …they were hungry for music. They came to such concerts because they were a kind of outlet.