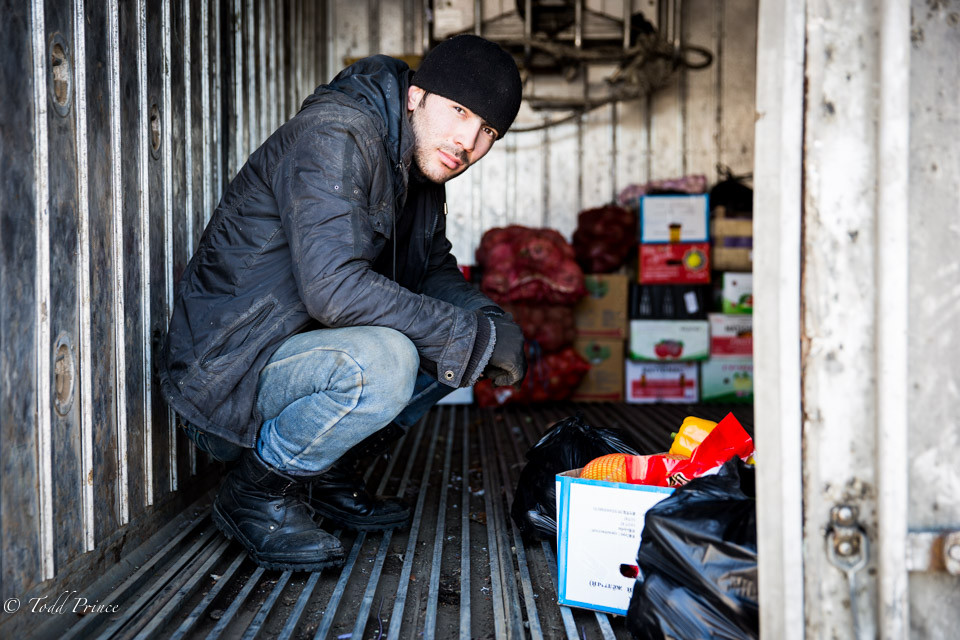 He was helping load the back of a truck with vegetables from a store. He said his name was Dima, perhaps a Russified version of his real name, and that he was 24 years-old. He said he came from Kyrgyzstan and would probably be on Sakhalin another year. His two colleagues were also migrants. Dima was one of many Kyrgyz that I met during my short stay on Sakhalin. Most seem to be active in the construction industry as Sakhalin revamps many of the Soviet-era grey housing.