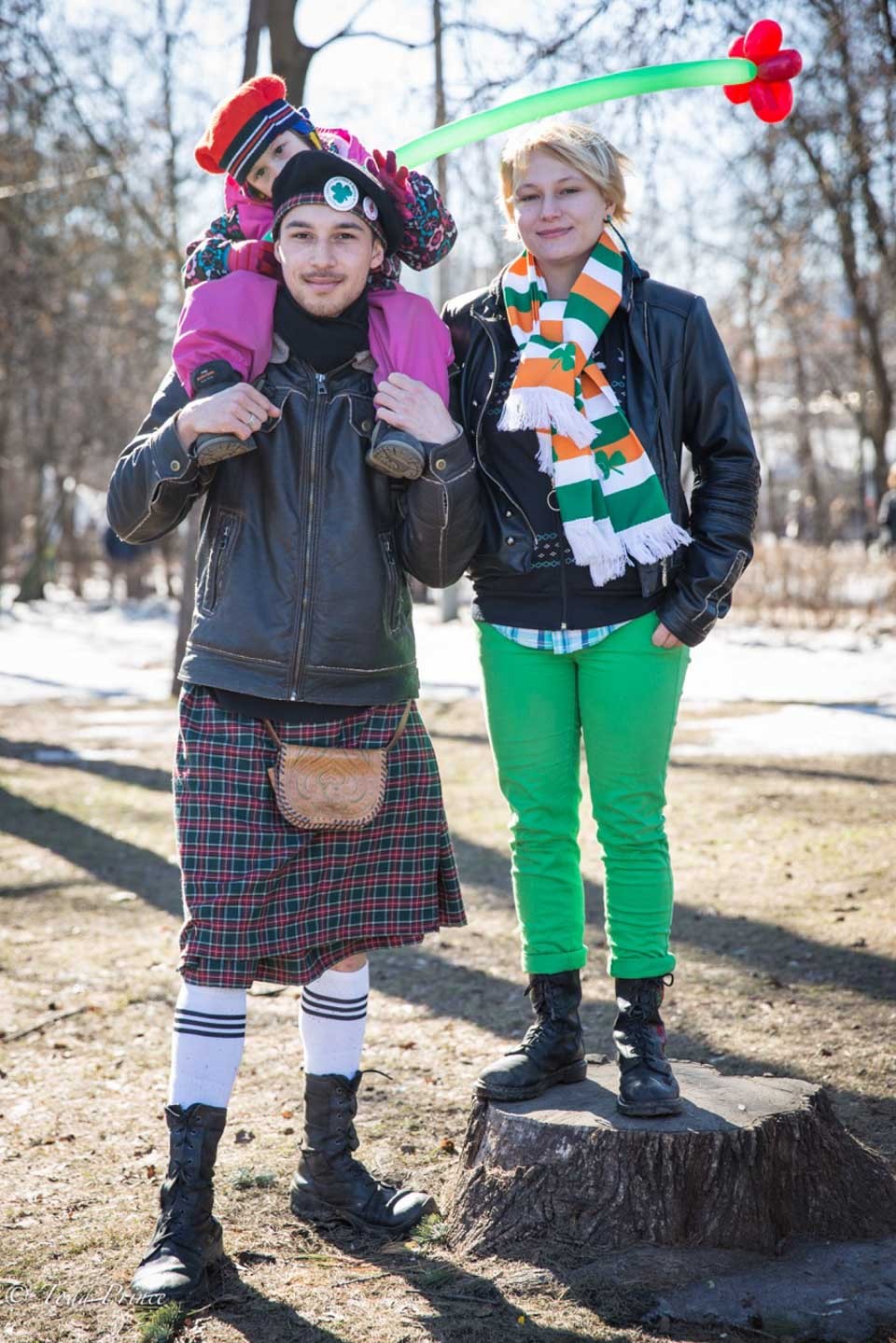 Danil was dressed in a quilt, socks pulled up to his knees, while his wife sported green pants and a scarf in the Irish colors.

The couple said they grew up in the same neighborhood in Moscow and love historical reenactments of the middle ages, occasionally taking part in such events.

Alexandra said they like Irish culture and clothing while Danil joked that Russians and the Irish are similar in spirit as well as in their love of drinking and companionship.

”It isn’t important in what country people are born,” Alexandra said on a slightly more serious note. ”There is a lot that unites them, such as common interests. People can speak different languages, but still understand each other.”