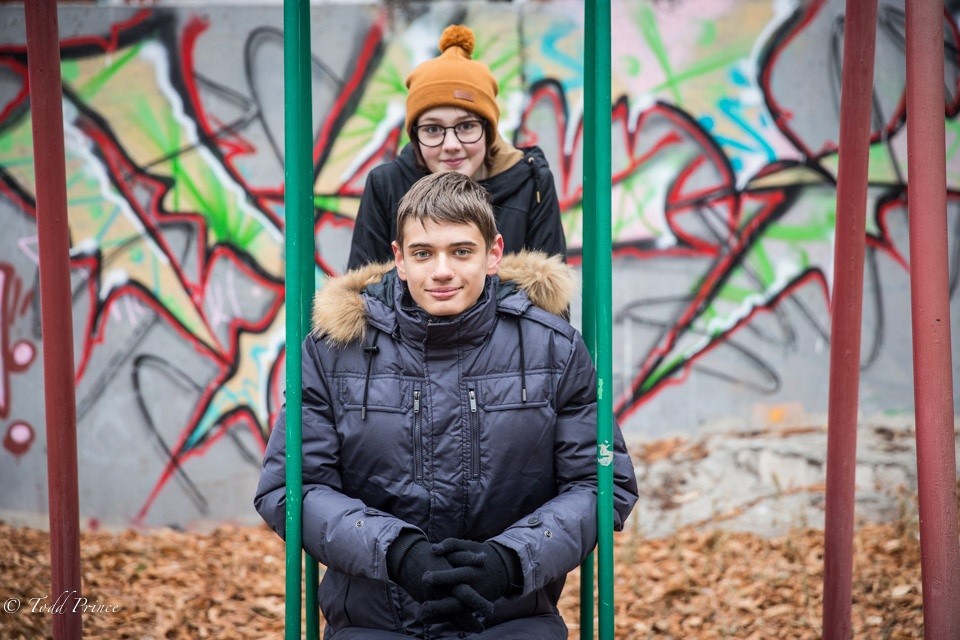 I was walking around Voronezh around 10am when I saw these two having a warm moment on a swing. Dima at 195cm was taller than me and I asked him if he was a college student. He said he and Liza were 14 and in high school together. They were skipping class to hang out and chat. Dima said he plays basketball and dunks without much effort. Liza said she likes art and would like to study abroad. When I asked her where, her answer surprised me. ‘New York School of Visual Arts.’ I didn’t expect a young teenager far from Moscow to be familiar with NYC universities.