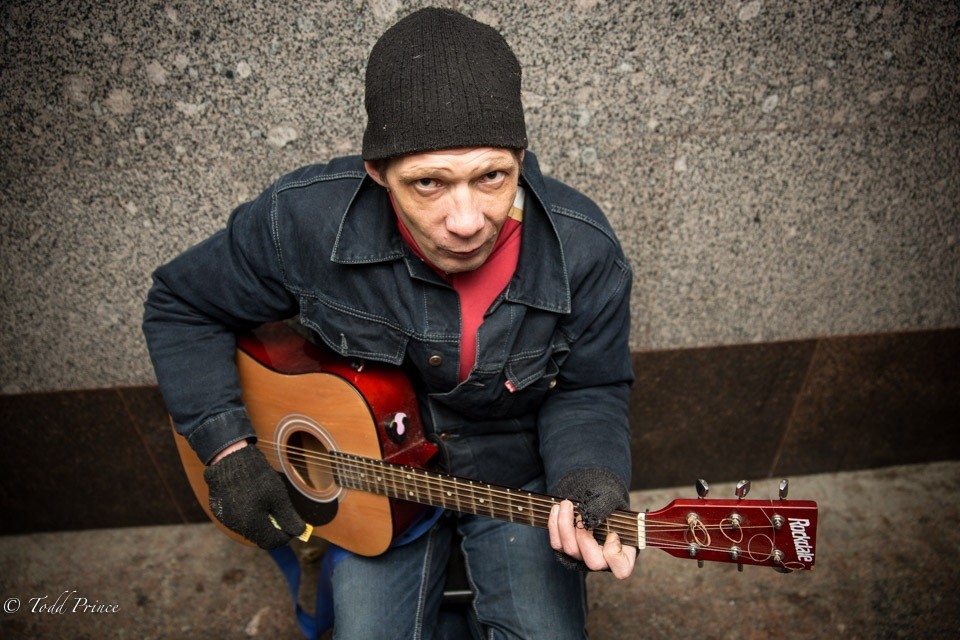 Russia Street Musician Series: Dima was playing in the underpass beneath Tverskaya, one of Moscow’s main streets, in about 0c (32F) temperature. He said he started learning at 6 and at 9 when to a music school. After high school, he studied at a technical college and worked in construction til he lost his job. Now, he said, he travels once in a while from the suburbs to Moscow to play for money. He said he likes 1990s rock.