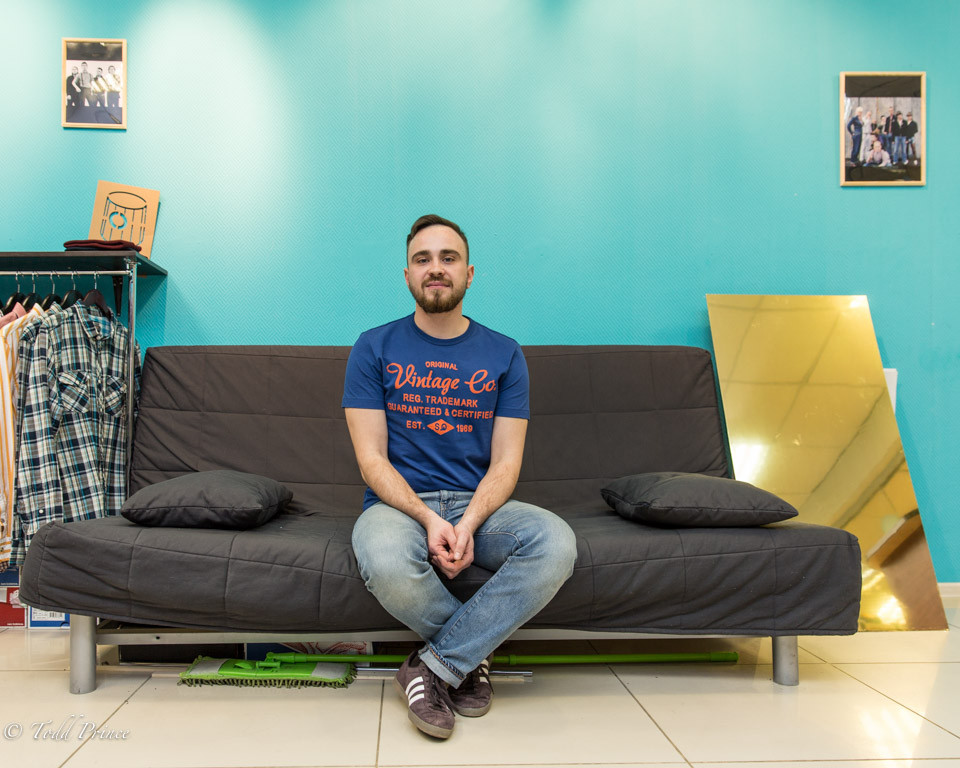 SAMARA: Evgeny, 27, grew up in a small town outside of Samara and worked as an economist for two years, ”making good money.” But he gave up the job to open Long Live clothing store 14 months ago. The store gives more space – about 80 percent – to unknown Russian and Ukrainian designers compared to well-known brands.

”To do what you love is the most important thing,” Evgeny said about his decision to leave his office job. He said he wants to offer clothing that is ”unique, that doesn’t have serial production.” As for promoting Ukrainian designers alongside Russian, he said ”political games shouldn’t concern simple people.”

His timing for selling Russian and Ukrainian clothing is good. The sharp decline in the ruble and hryvnia have made foreign brands twice as expensive.

Evgeny, who plays the guitar and rides a Suzuki motorcycle, plans to open another retail store in Kazan in June with a Samara Region-based clothing producer called Volga Mama.

Among his other future plans is to ride a motorcycle to Paris. ”There is a saying that you can’t die until you see Paris,” said Evgeny, who first sat on his