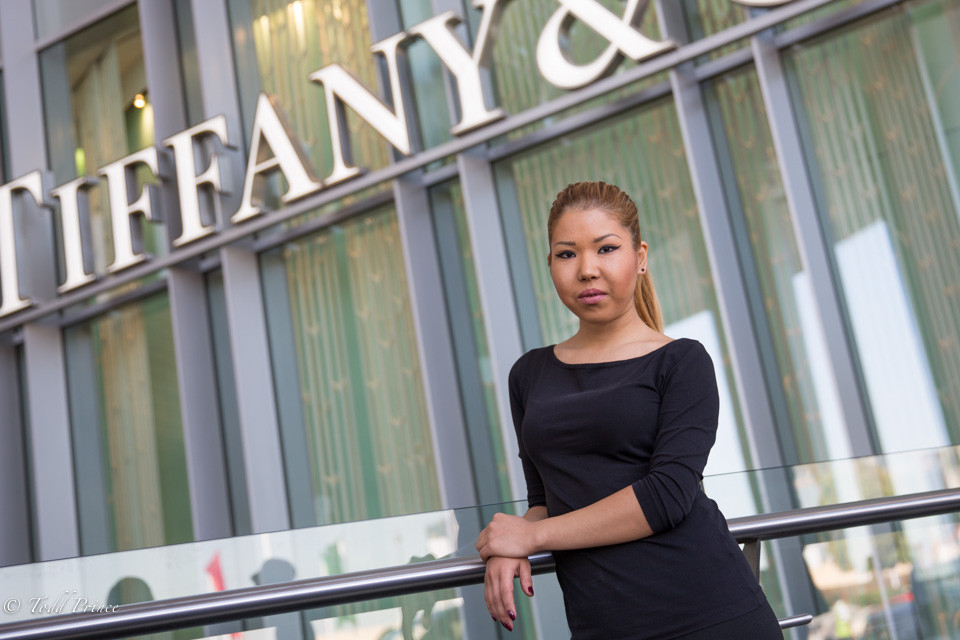 Kima exited the Mall of Dubai for a smoke on a sunny afternoon. I had seen her the day before talking to someone in Russia and I guessed she was from Central Asia, so I walked over to ask her about herself. Kima said she grew up in Kyrgyzstan and worked in Afghanistan before coming to Dubai. ”Afghanistan??,” I asked in disbelief. She said that as the US military was using Kyrgyzstan as an airbase, they recruited some people for work in Afghanistan. She said she cut the hair of US soldiers for 3.5 years, learning English as she did so. Kima said she enjoyed the job and remembered fondly one of her regular clients – a colonel – who later helped her get a tourist visa to the US. She said she found it difficult to return to Kyrgyzstan, where jobs are hard to come by, so took a shot at Dubai. She currently works as a sales woman at Victoria’s Secret in the Mall of Dubai, helping the Russian speaking clientele.