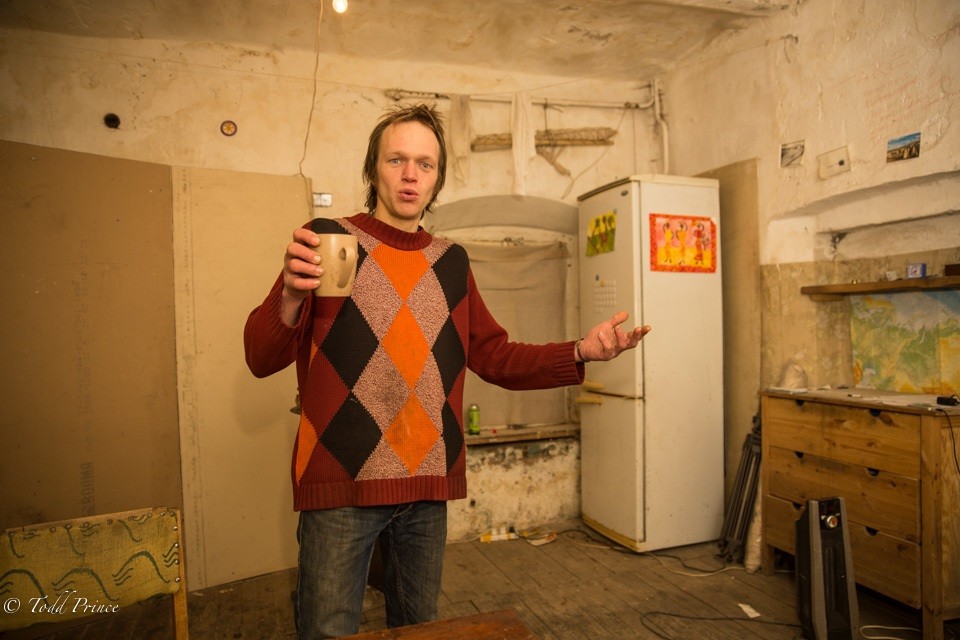 Another photo of juggler Garich in his apartment. He lives on the ground floor of a 19th century building that was damaged by fire two years ago. His ‘apartment’ has no shower room or heating, though the electricity works. It reminds me of images of squatter housing in NYC in 80s. Garich built a fire place and is making a shower. He often sleeps on a hammock. The walls are bare except for some drawings by his school aged daughter, who lives separately with her mother. Garich said his daughter comes over occasionally and likes the unusual settings. He is hoping to find more juggling students in Moscow to incease his income, but his real goal is to have his own performance. He practices juggling to music by The Kinks, The Stooges and Thamusement in a bare room across the hallway.