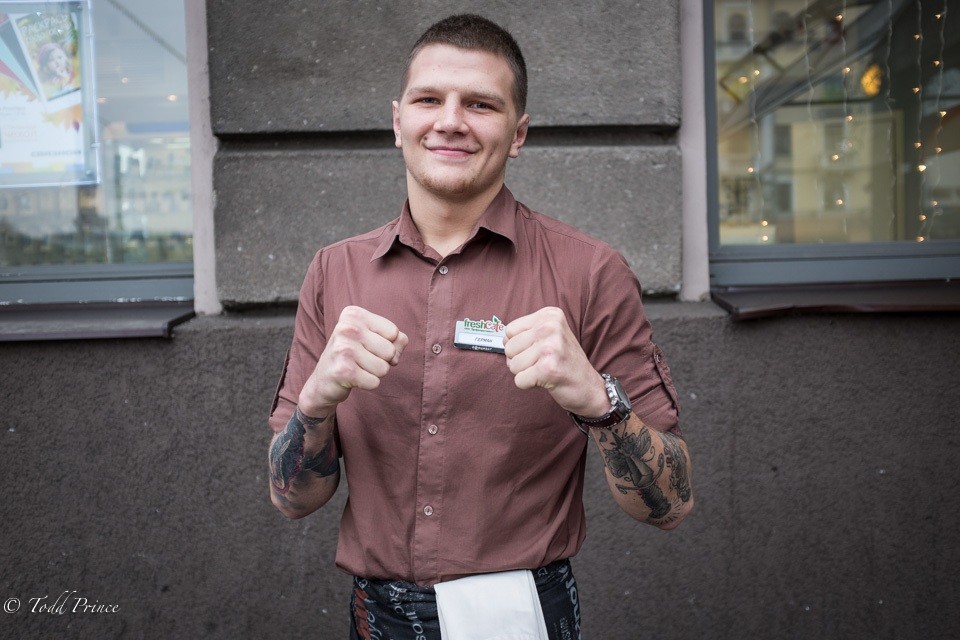 German was serving me cofee at a restaurant in the center of Minsk when I noticed the tattoos on his arm. They were from the film Spartak, a culture which is an inspiration to him. He said he is a mixed martial arts fighter and has taken part in 3 bouts. He has ‘Fight til the End’ tattooed across his chest.