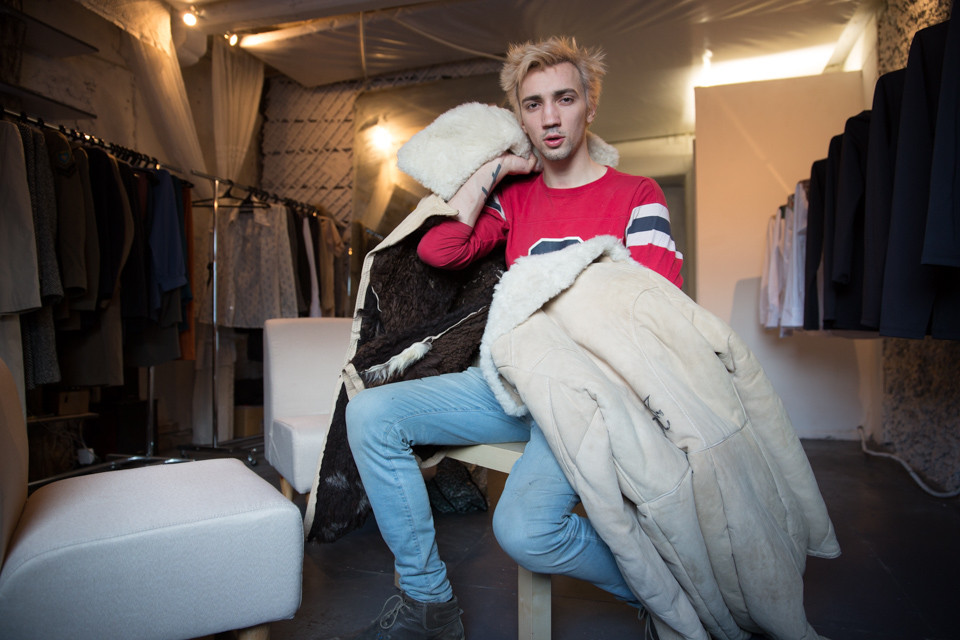 Igor, 24, has owned a bar, cleaned up cemeteries and developed an app for an iPhone in his varied working career in Vladivostok. Now he has opened a fashion boutique featuring some of his own creations. He says he has more ideas for businesses, but it is tough getting support from his family. ”My parents don’t understand me,” he said. ”They are from the Soviet period and I am from the capitalist period. They say ‘Why don’t you go get a government job? But us children of the 1990s – we are grown up and have some money to start our own businesses.” 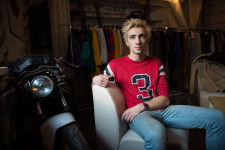 Igor in his new clothing showroom in Vladivostok. 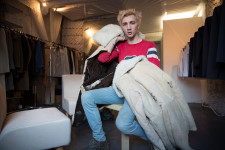 Igor showing off Soviet-era coats he is redesigning.