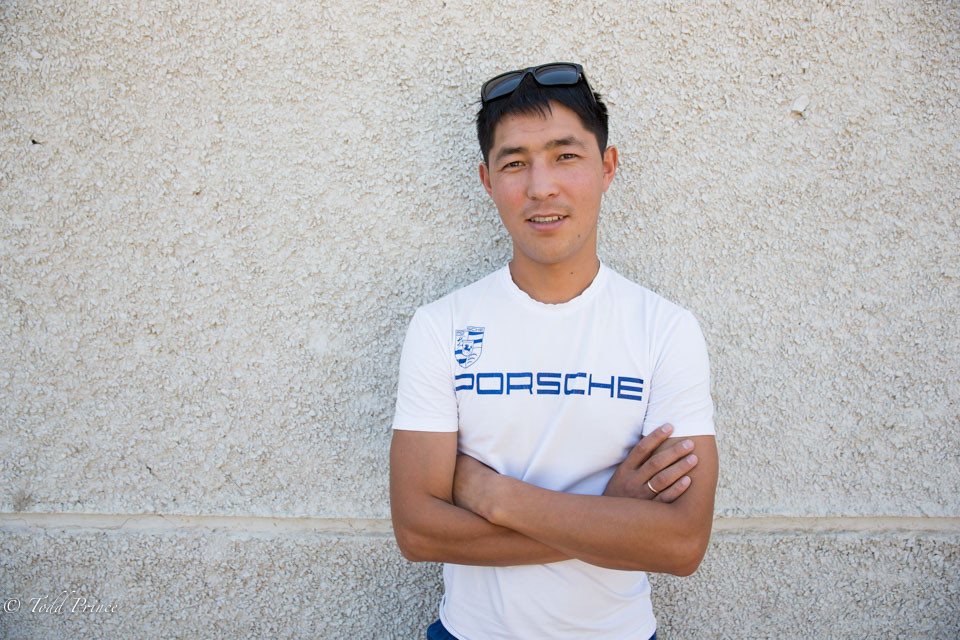 KYRGYZSTAN COUNTRYSIDE: This 26-year old said he worked about seven years in Novosibirsk, Russia selling jeans made in China. He said he has relatives in Novosibirsk selling the jeans, including his older brother.

He said he would travel occasionally to Moscow for work and could make as much as $1,000 a month before the Russian economic slowdown.

The young man said he returned home two years ago to marry and sent his younger brother to Novosibirsk to work selling the jeans. He said his younger brother will return home in a year or two – as is custom in Kyrgyzstan – to take care of their parents.

When that happens, he will likely go back to Russia to work, he said. Before the Russian crisis, he said he could sometimes make close to $1,000 a month.