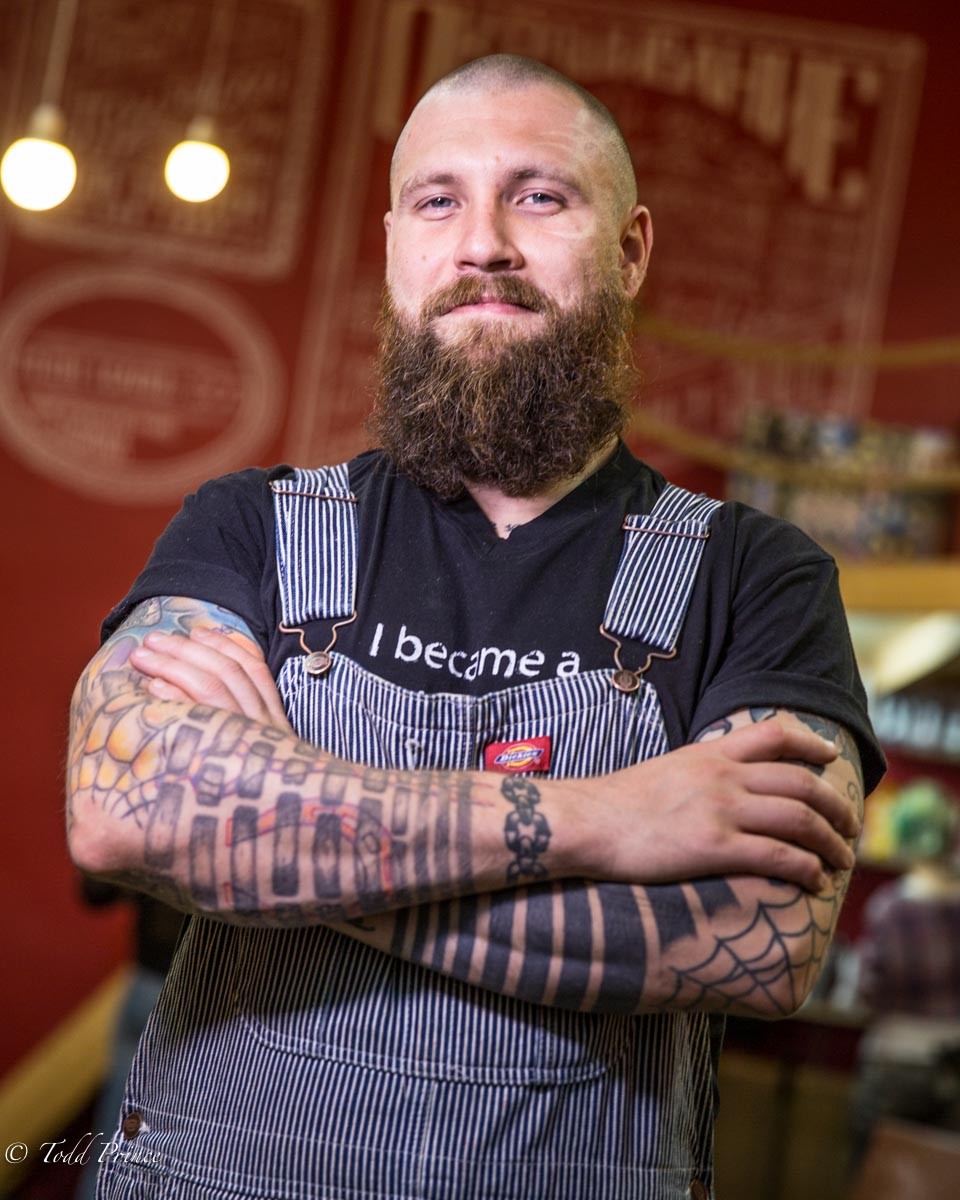 ST. PETERSBURG: How do you scare away the average person from your salon?

Call it ‘Hairfucker.’ That is what Novorosiisk-native and barber Kirill did.

“We choоse our clients,” he said, adding the Hairfucker street sign isnt very visible on purpose.

Kirill said he became a barber because he was looking for a career that was ‘interesting, easy and with a lot of women.’

However, he said he was initially disappointed on all three accounts.

Kirill opened ‘No Name’ barbershop in St. Petersburg in 2010 that was he described as a closed shop mainly for friends and acquaintances.

In 2012, he co-opened Hairfucker with another stylist Maria. The name was suggested by a mutual friend years ago.

About a third of Hairfucker clients now get their hair dyed, a growing trend in St. Petersburg that is no longer confined to the punk subculture, said co-owner Maria.

Kirill, a 12-year barber veteran, is using social media more and more to show off his and his barber’s work.

Aside from using Instagram actively, he is filming a ‘reality show’ for his youtube page that will follow two head-shaven female clients over two years as their hair grows back. 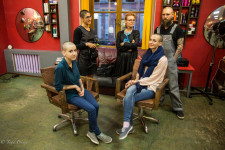 Kirill with the two women who are taking part in his reality show.

Kirill has been a barber for 12 years.