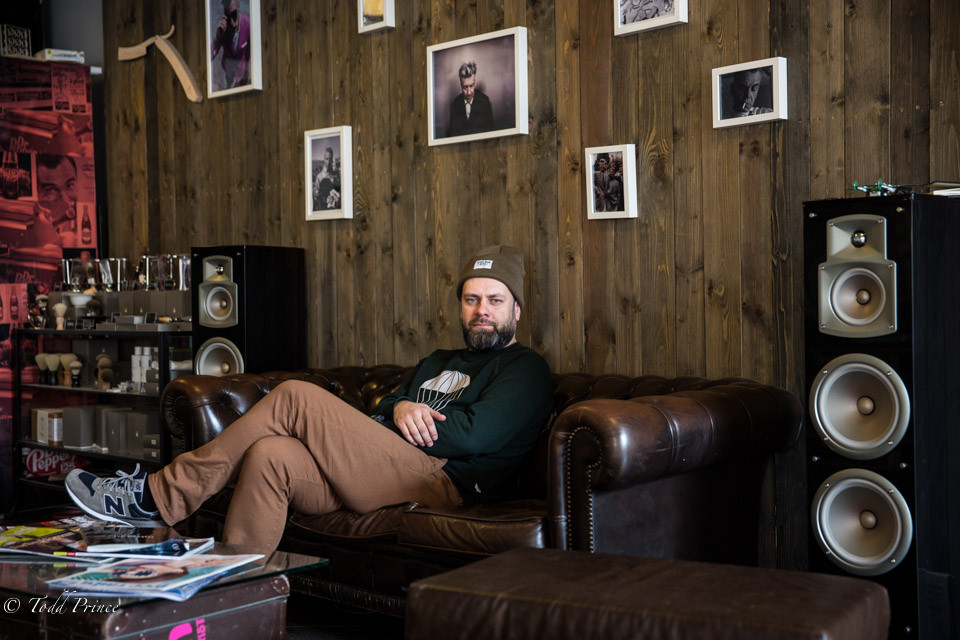 ”I was tired of an easy office job that wasn’t bringing me much satisfaction,” he said. ”The video touched me. I said, ‘I don’t want to be sitting in an office when I am 50 regardless of the salary and social package.”’ With the help of a friend, he decided to open up a barbershop franchise belonging to Moscow-based chain Chop-Chop.

Kostya said people are surprised when they see him come into the barbershop after work or on a weekend and clean the floor, make coffee for clients and hang out with his barbers. ”I think this is a better way of doing business than acting like a boss and commanding people.”

I asked Kostya would changes he would like to see in Samara. ”I would like to see more positive people. Russians are more restrained, they don’t smile much. If we could be more open emotionally with each other, life would be better.” 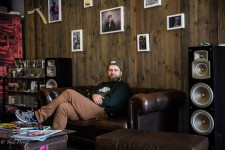 Kostya opened the barber shop in 2013 along with a partner. 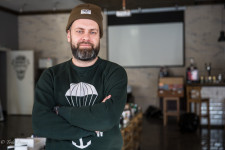 Kostya has been working full-time at Russia’s largest oil producer. 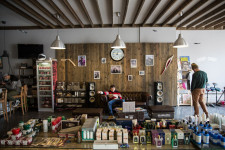 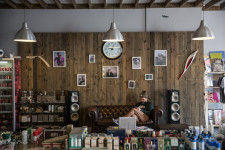 Chop-Chop Samara has plenty of photos on the wall. 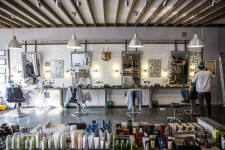 The barbershop seats in Chop-Chop Samara