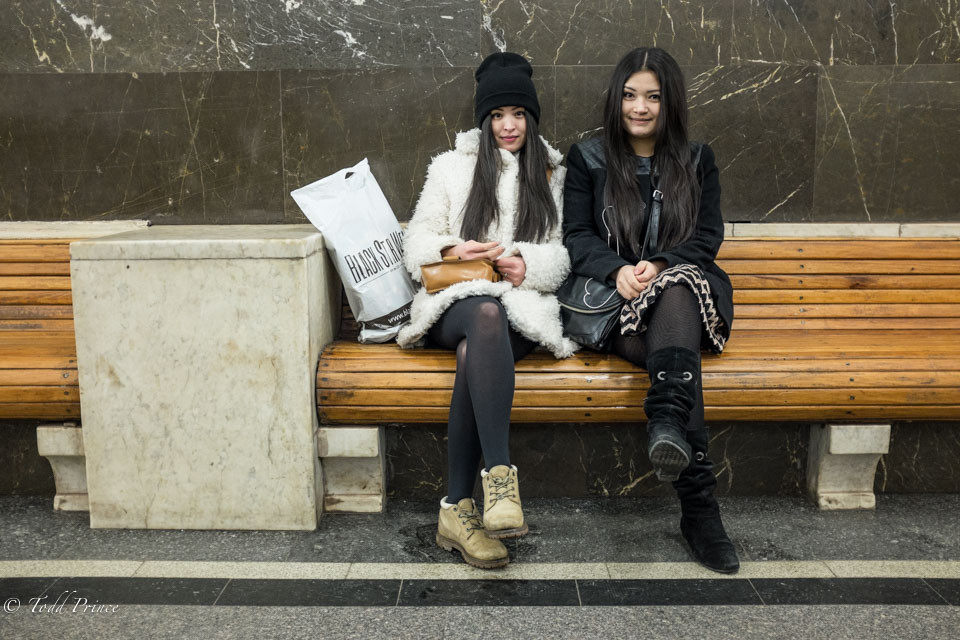 A Moscow metro pulled in and out of the station, but these two girls remained sitting at the back of the empty platform around midnight, playing with their phones as they waited for a friend.

They said they were sisters, born in Kyrgyzstan but living in Moscow already many years. The girl on the left said she was studying humanities at a university. ”I want to be a choreographer. I love dancing, especially street dance.” Her older sister was studying law. 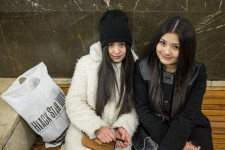 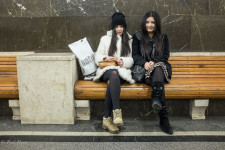