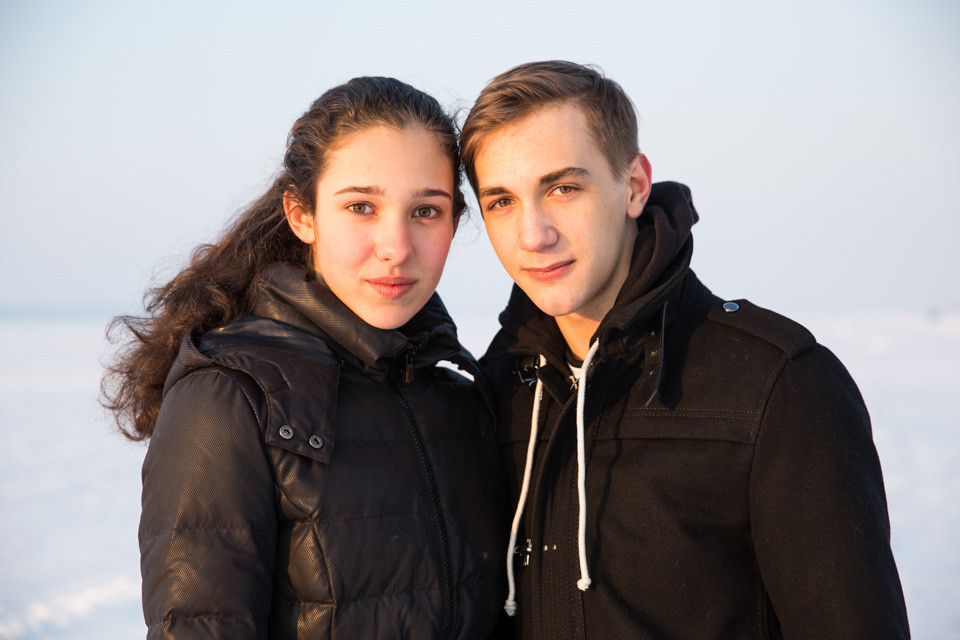 Ksenia and Danil, 14, were walking along the frozen Volga in Samara around sunset time on Woman’s Day. Danil had given her five tulips, red and yellow, but Ksenia left them at a cafe fearing they would freeze if she took them on their Volga River walk.

Both teenagers study English 6 times a week at an advanced high school and both have studied English abroad, Ksenia having spent 3 weeks in upstate New York. Danil would like to be a chemist while Ksenia said she would like to become an engineer.

When I asked them what is lacking in Samara, they were quick to answer: ”We want a Starbucks in the middle of the city,” said Danil. ”It is the best coffee in the world,” chimed in Ksenia. Starbucks is in fact opening at the moment their first store in Samara, but it is located at the airport, a good 30 minutes from the center of town. 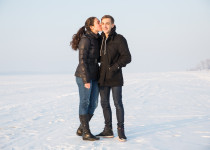 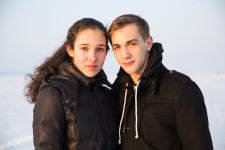 Ksenia and Danil would like to see a Starbucks in the center of Samara.