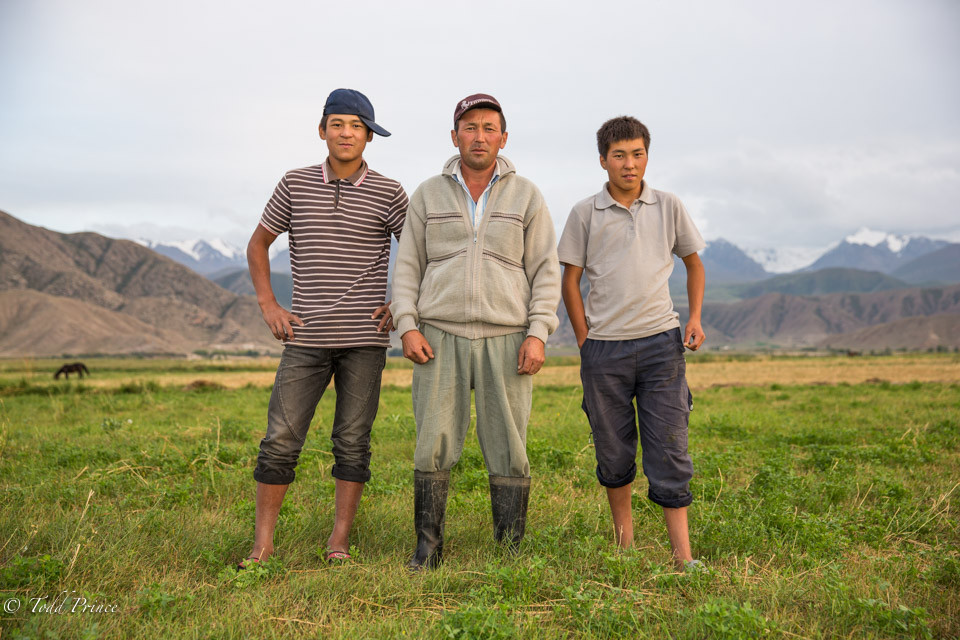 ISSYK–KUL: He was one of the last conscript soldiers of the USSR, serving in Moscow up to November 1991. I asked what happened and he said rather undramatically:

“They said we could go home. Tajiks to Tajikistan, Uzbeks to Uzbekistan, Kyrgyz to Kyrgyzstan. I took the train home with a group of 30 Kyrgyz.”

Now 44, he works part-time in construction while tending his field near the mountains. His sons said they like to play games on their phone and I asked if they also use a computer to surf Internet at home.

“I don’t have money for a computer. I have to feed and cloth them. Construction work isn’t steady,” said their father.