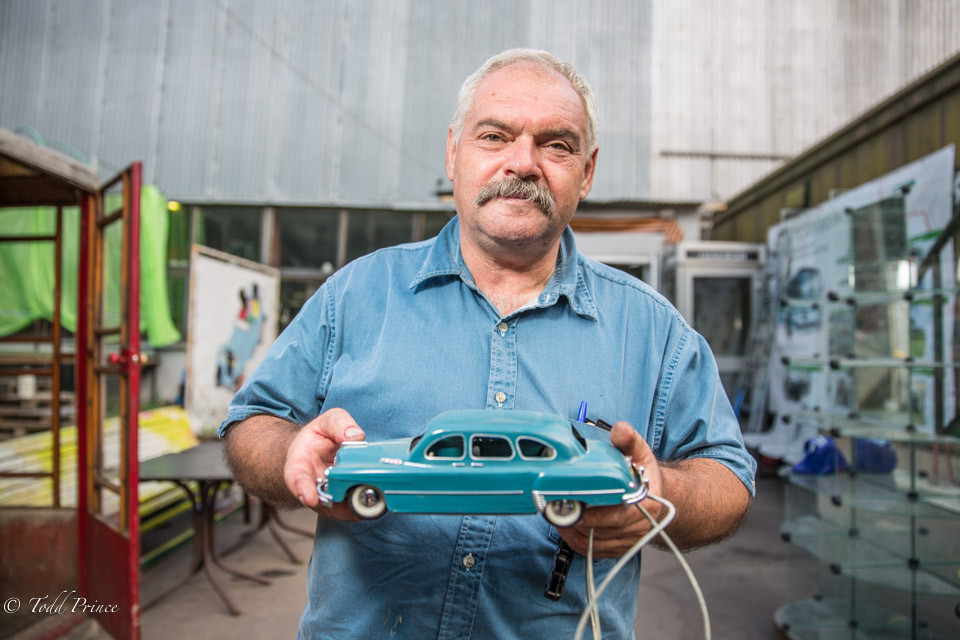 MOSCOW: Lev, 61, owns a lot of things. So many in fact, he has filled an old factory in Moscow with them.

He says he ‘’loves everything,’’ but when I asked to photograph him with one thing, he showed me this blue toy car Gaz 12.

He said it reminded him of his childhood as he had the same model only in white. Then he told me a story.

Maybe that toy car influenced him…twenty years later, he was working as an engineer at an auto plant. Later, he would run the auto plants museum for 15 years. 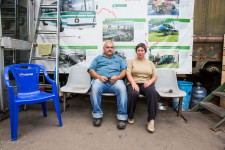 Lev sitting with his co-worker Olga 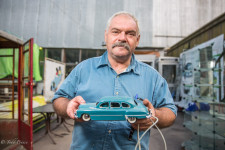 Lev holding a GAZ 12 toy car similar to the one his parents gave him.