ULAN-UDE, EAST SIBERIA: Light snow was falling as Medegma, 18, waited for a bus in the shadows of the largest Lenin head in the world.

Sporting a New York winter hat, Medegma said she moved to Ulan-Ude from a town about 800 kilometers away to study economics.

However, she said economics isn’t her passion, so she thinks she will join Russia’s armed forces after graduation, mentioning the interior ministry.

Medegma said she studied Buryat national dances, loves melodramas and reading, adding that she will reread some books. Her favorites are War & Peace and Quiet Flows the Don. 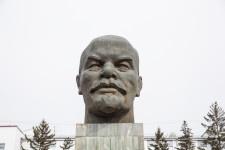 Medegma was standing across from the Lenin head as she waited for the bus. 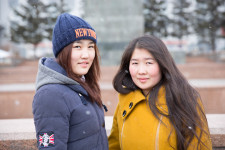 Medegma said she will join the armed forces after graduation. 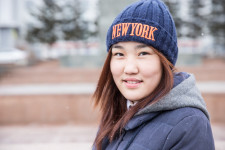