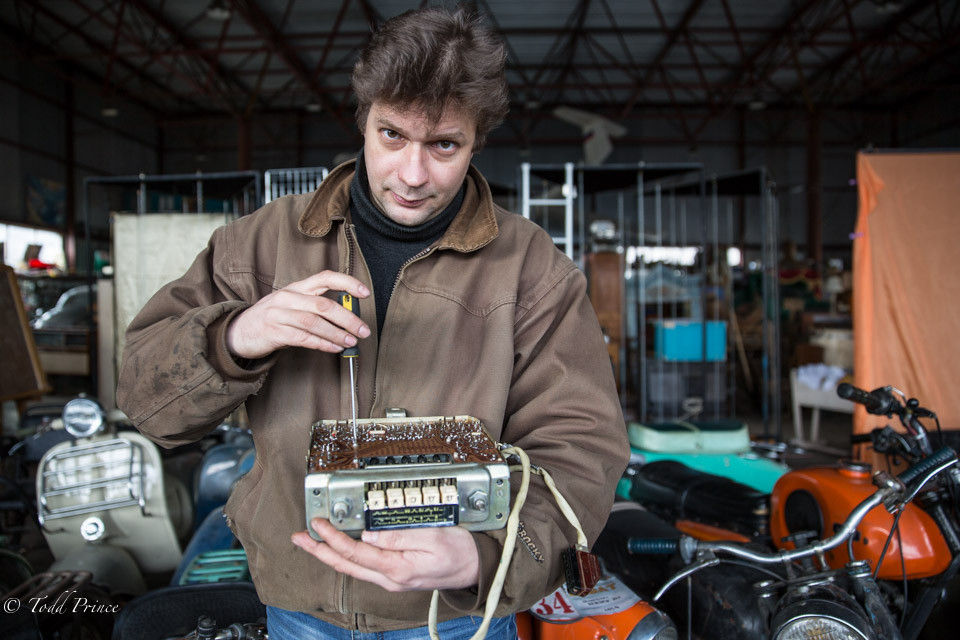 Mikhail, 38, was working away in the chilly Industrial Museum, an old, private warehouse at the edge of Moscow containing thousands of antique goods – from Lenin busts, to hot irons to 1980s computers.

Mihail, an electrical engineer, was fixing a car radio for a Soviet-era Volga car. He said he volunteers a few times a week to fix electrical goods at the museum.  ”I do it solely for personal enjoyment,” he said.

A physics student at Moscow State University, he dropped out in the 1990s during his fifth year because he lost interest. He later enrolled at another university, where he got his degree in engineering.

Mikhail said his favorite item in the museum is a 1967 reel-to-reel Leira-206, one of the first ‘smaller’ tape recorders, he said.