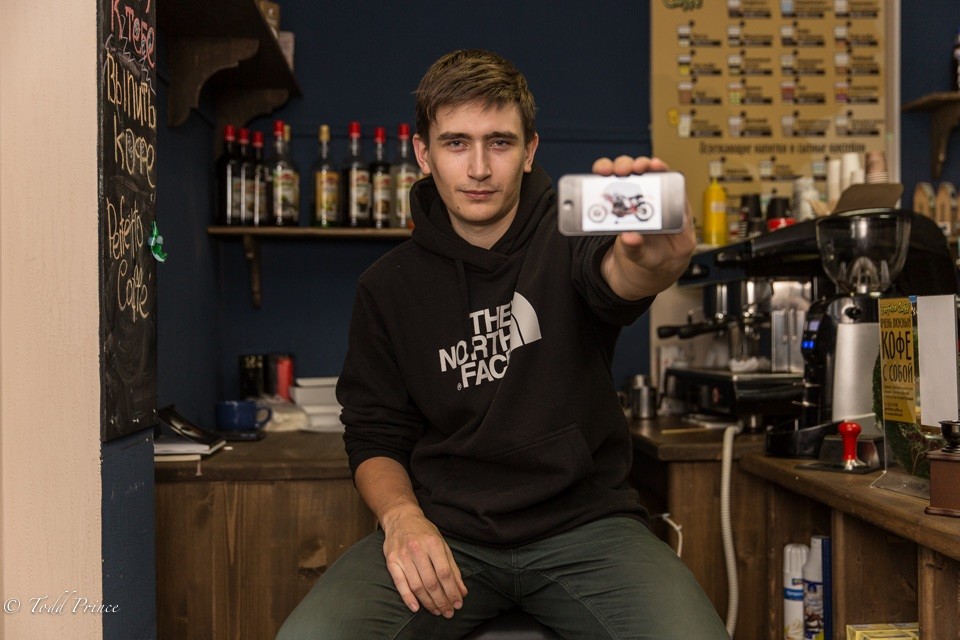 I was getting cold while walking around Voronezh, so when I saw a coffee sign, I popped in to warm up. The coffee stand was in the back corner of a florist shop and Mikhail was serving up the java. He said he got into making coffee when the young owner of a local coffee stand took time off to travel around the world and needed someone to stand in. Mikhail said he enjoyed making coffee that he took up the job in the florist shop when the traveling owner returned. Mikhail, who meets regularly with other protestant followers to discuss religion, said he hopes to open his own coffee shop some day not only for fellow believers, “but for everyone.” Besides religion and coffee, his other passion is motorcycles. He hopes to assemble is own bike someday and showed me a photo of one that he liked.