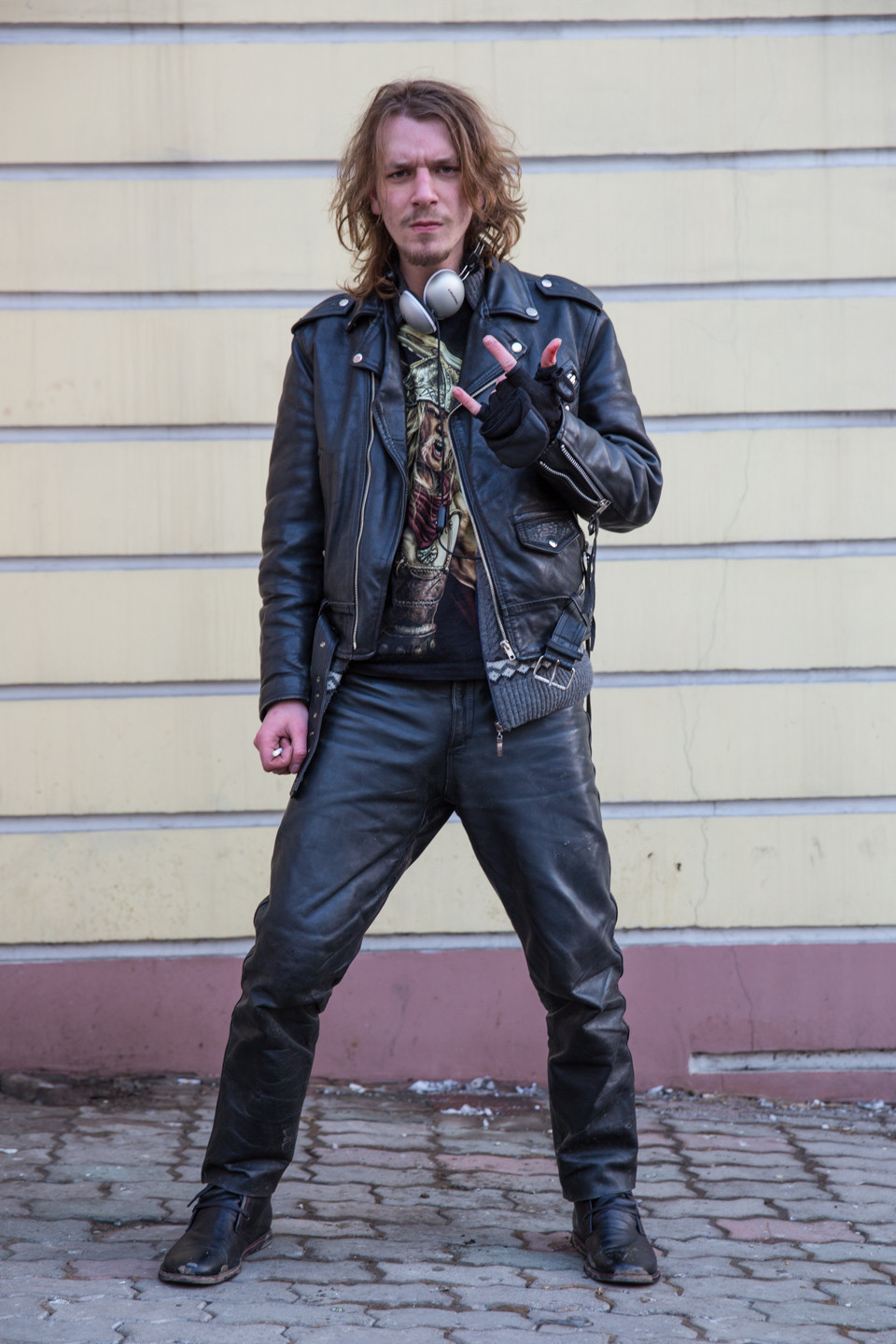 Nikita walked up to me in the center of Vladivostok and asked for a light. He was dressed in leather from head to toe and said he loved heavy metal. He said his favorite group was St. Petersburg-based metals band ‘Infernal Fuck.’ I asked if he had his own group. He said he played the contrabass in a folk music ensembles and always wore a traditional costume when he played such as red boots. I asked him about the contrast between what he liked and what he played. ”Metal is my style, but I can combine things,” he said, open his leather jacket wider to show a conservative-styled gray sweater between his leather jacket and metal print t-shirt. 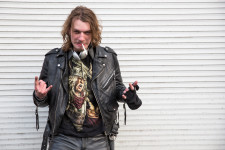 Nikita said he wears a traditional Russian costume when playing in the folk music ensemble.

Nikita dressed from head to toe in leather.