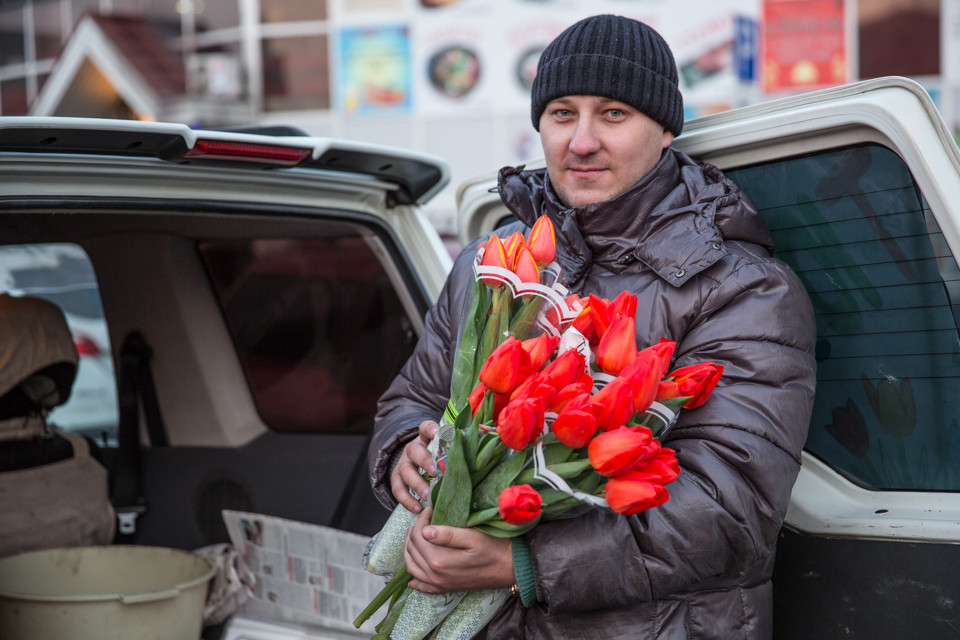 Nikolai, 25, was offering pedestrians tulips from the back of a car in the center of Vladivostok on Valentine’s Day. He had bought 200 hundred tulips from a local producer and sold about 180 by the early evening, pocketing a nice profit. A former worker on a fishing trawler, he said he would like to open a chain of butcher shops because he sees weak competition and strong demand for meat. The current competitors don’t understand marketing and he felt he could grab market share.

He added that he is part of ”a trend of young people trying to start their own businesses.” I asked if his parents were involved in food retail as well. He said was born at the end of the 1980s, during a very tumultuous period in Russia’s history, and was raised in a village by his grandmother, who has since passed away. ”There are many of us in Russia,” he said, referring to orphans.