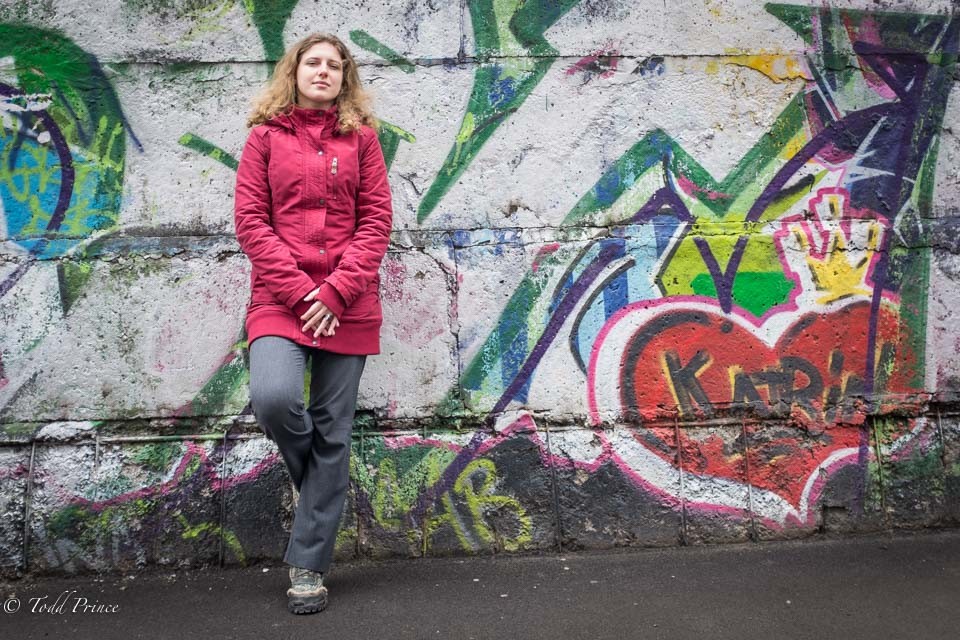 Polina, 25, was wearing the type of leather boots – black greenish with writing and laces – that immediately gave away her musical tastes. The Pearl Jam fan said the boots were actually her mothers.

Polina said her mom got ill as a young girl in the 1970s and spent some time in a hospital. The patient sharing the room was a rock fan and ‘infected’ her mom with his music taste though it was banned in the Soviet Union.

A freelance translator, Polina has inherited her mom’s love of rock and alternative music, and attends outdoor concerts. Polina also loves traveling and dreams of hitchhiking several thousand kilometers to Baikal in Siberia.

”You don’t have the moral right to emigrate unless you know your country well,” she said when I asked why she wants to travel halfway across her country. ”Russia is a big and beautiful country. I will hopefully do this trip … and then I will see what I will decided to do next.” 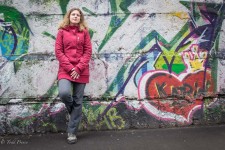 Polina was wearing ‘rocker’ boots, giving away her musical interests.

Polina dreams of hitchhiking to Siberia. 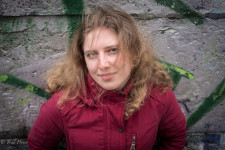