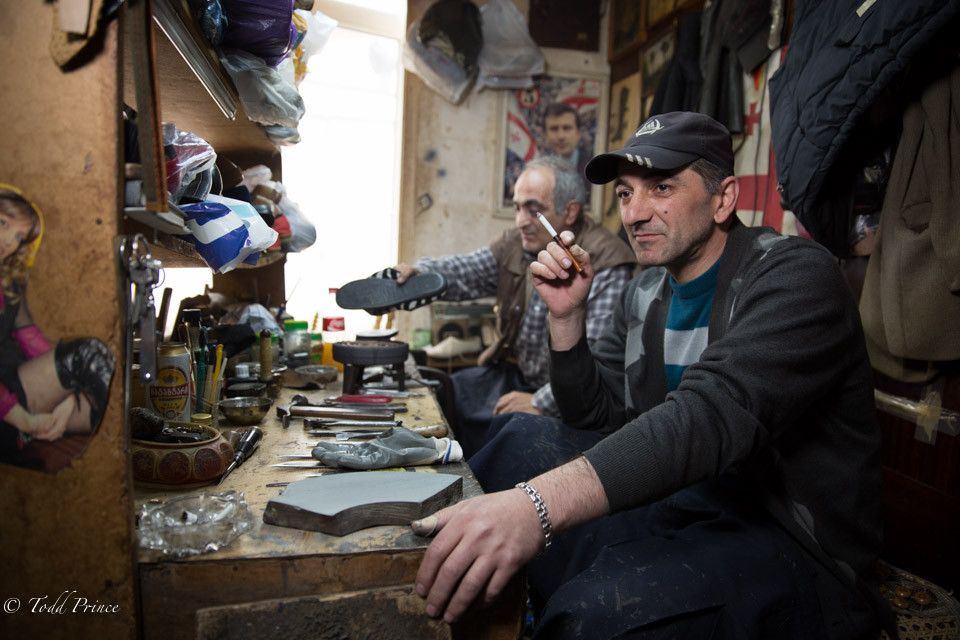 BATUMI, GEORGIA:  Robert, who repairs shoes in Batumi, joked that he not only shares the same first name with the famous US actor De Niro, but also similar facial features.

An Armenian, he has been repairing shoes for about 25 years – including a stint in the 1990s in Moscow region.

He was a machinist in the Soviet period, but amid Perestroika and the opening of private business, Robert’s brother suggested they make shoes for sale to Russia.

However, the idea changed their lives forever. Robert’s brother makes shoes in Krasnodar, Russia. They haven’t seen each other for many years. 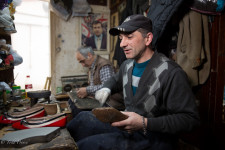 Robert was a machinist before getting into the shoe business.

Robert showing the glue he uses to fix shoes.

Robert has been working at this location for 10 years.