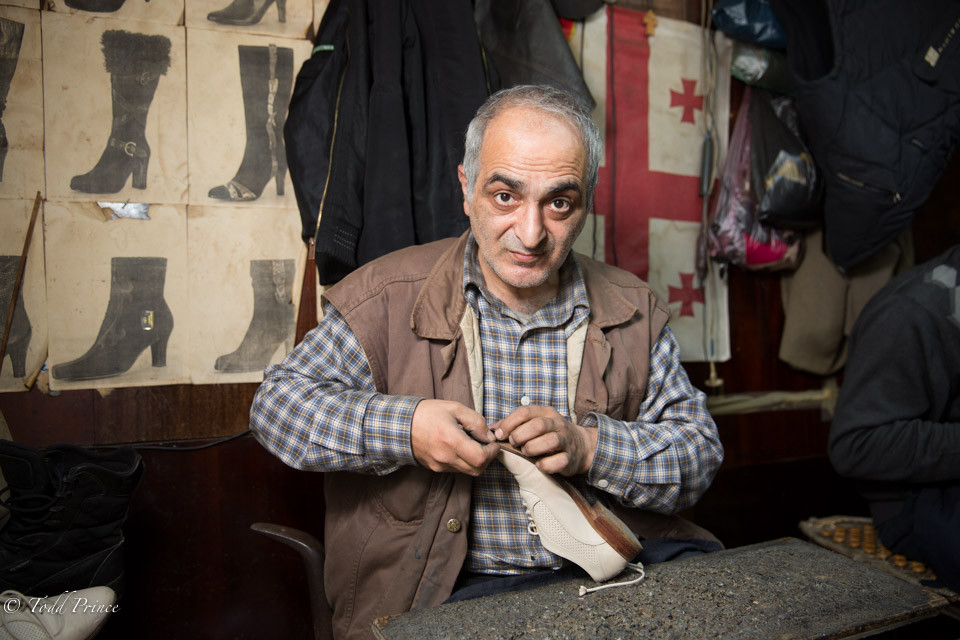 BATUMI, GEORGIA: Roco, 50, works in a small shoe repair kiosk with two other men roughly his age in the Georgian port city of Batumi. An Armenian by nationality, he was born in Batumi.

Roco said his father made shoes during WWII, joining a local factory at age 14. Roco said the shoe repair business is dying. ”Young people want to play with computers, not work with their hands.”

People are buying cheaper, lower-quality shoes and the cost of repairing them is not much less than buying new ones. 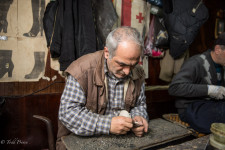 Rock said he uses a knife from metal they make rail tracks with. 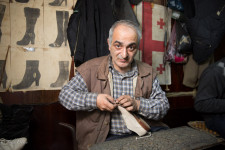 Roco said his father starting working in a shoe production plant at the age of 14.