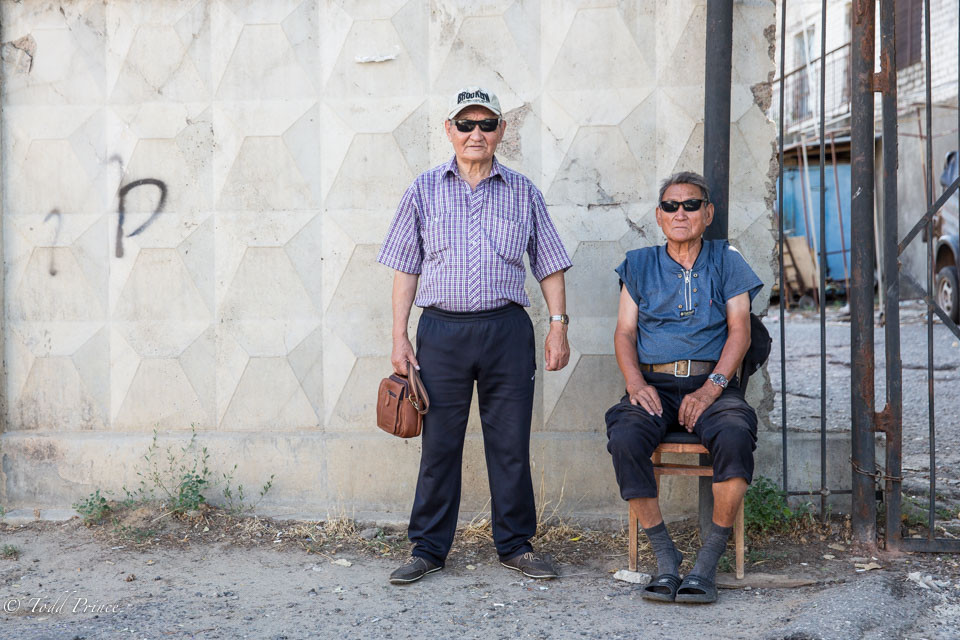 I am kicking off my Russia photo project with the oldest person I found wearing NYC-labeled clothing. I was walking through the beat-up outdoor market in Elista, the capital of Kalmykia, a Russian region that borders the Caspian Sea, when I saw these gentlemen. The guy on the left was wearing a baseball cap with Brooklyn written on it and I stopped to chat with him and his friend. He said he was a mechanical engineer and had traveled around the former Soviet Union on various projects. He said he was was approaching 80yo, while his friend, seated next to him, was past 80. The seated man on the right said he ran a kiosk at the market, but that times were tough. “There are no jobs, no wages, no factories. All the young people are leaving for Moscow or other cities.” Kalmykia, a Buddhist region with Mongol roots, lies in the steppe, making it suitable for livestock breeding but not for manufactoring, ect, explaining in part why many leave seeking employment elsewhere. The 80yo guy on the right is holding what appears to be a man-bag, which had been popular in Russia some years back.