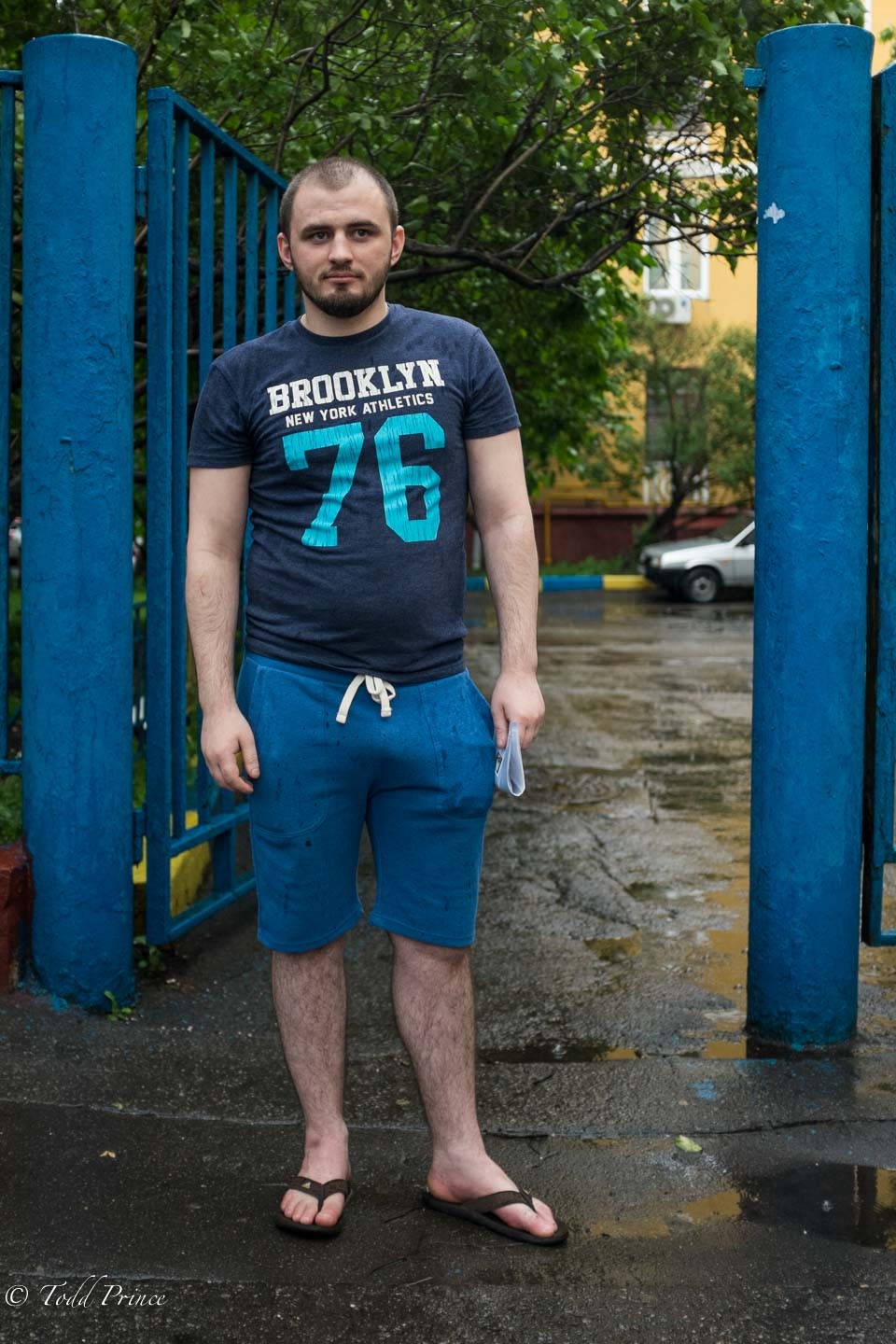 The skies opened up and rain poured down when I saw Mikhail in his Brooklyn shirt in Moscow. Neither of us had an umbrella, yet he didn’t mind chating or being photographed in the rain. He said he grew up in the former Soviet republic of Moldova. While working at an Italian restaurant in Moscow, he fell in love with a co-worker … though he didn’t start dating her until he changed jobs. She is from the Moldavan breakaway region of Pridnestrovie. They are now married and will be having their first child soon. He says they will continue to rent in Moscow as apartment prices and mortgages (avg ~12%) are too expensive – an all to common complaint. On a separate note, this is the second guy I spoke with this summer who married a co-worker from a Moscow restaurant – both women were from Pridnestrovie.