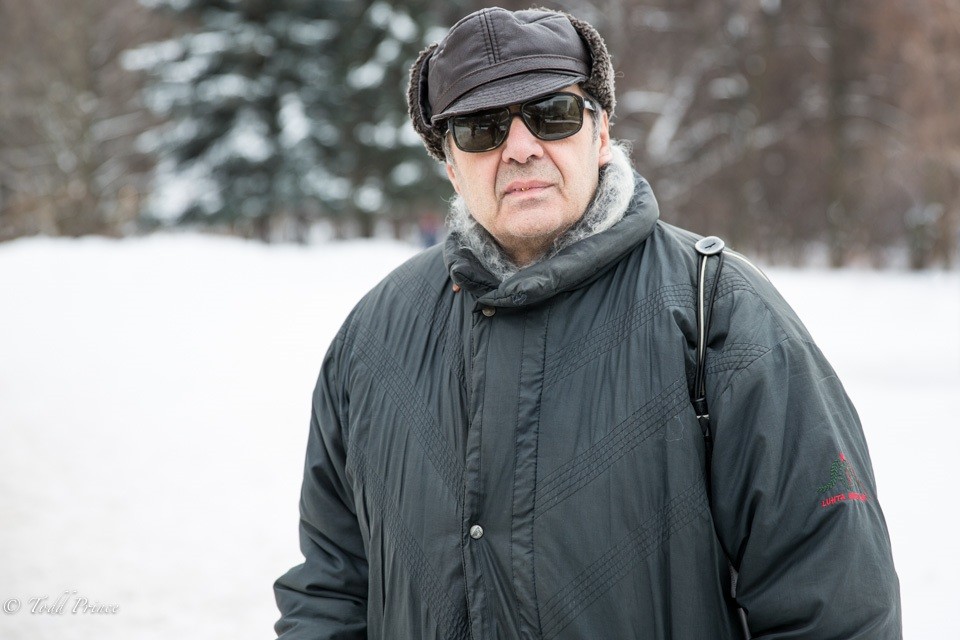 Before I continue with my Minsk photos, I want to post a two portraits from last 24h in Moscow to show how very different people were spending the holiday. I met Stanislav, a 77 yo accordion player, nearly a year ago at the Izmailovsky souvenir market, where he plays as tourists and Russians pass on their way to buy gifts. Today, I randomly saw him in the underpass near Izmailovsky as he dragged his accordion on a cart with one hand and used a sightseeing stick with the other. He had come to play for the holiday crowds, but the market was closed, so he was trying to find a populated place near the park. Nearly blind due – as he put it – to a bad operation, he says he won’t stop playing regardless of how difficult it is to drag his stuff through the snow. “If I stop playing music, I will die. It is a holy cause.” He said he was proud of his daughter, who has followed in his musical footsteps and often tours Europe to play.