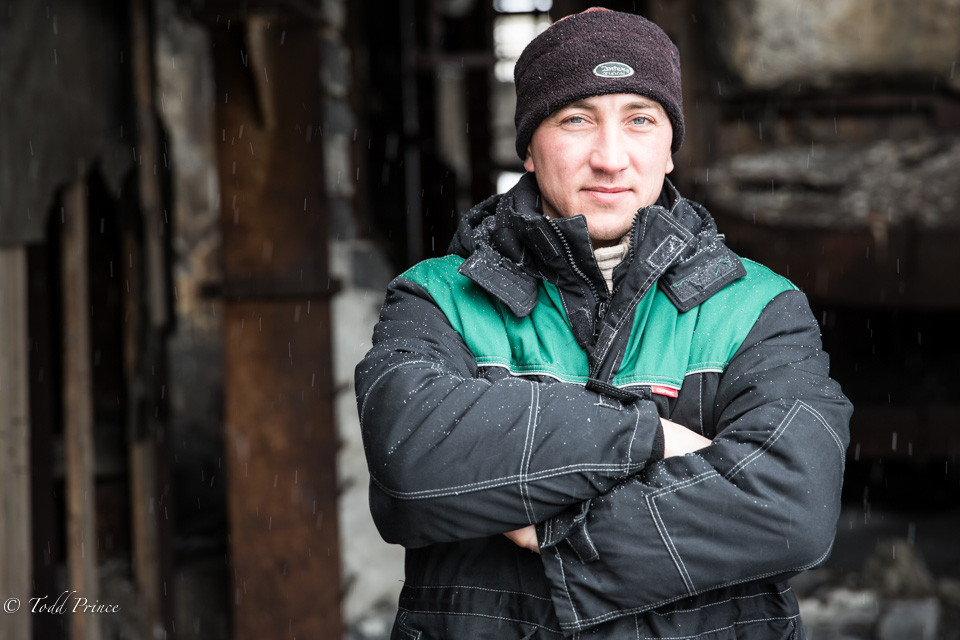 Vasya, 31, a Sakhalin native, said he started fishing to earn money at age 13 while still a school boy. He would do it in his free time, especially during the summer breaks. Vasya said that he ”loved having money in my pocket” from fishing outings.

Thus, he didn’t bother pursing a higher education, either at a technical school or a university. He now says he regrets that decision. Job opportunities without a dipolma are limited. ”I would love to get a diploma, but I don’t have time.”

He works mainly as a driver and fisherman, but would love to be a mechanic, even though it may not be an admired position.

”I like to work with metal, but people don’t consider such jobs to be prestigious.  Everyone wants to be a lawyer or an economist and work in an office. That is not for me.”

I asked him what he will be doing in five years. ”I definitely won’t be fishing,” he said. ”It takes a toll on your life. You don’t notice that when you are young because all you care about is the money.”

Vasya said he is telling his younger brother to learn from his example and to ”study, study and study.”