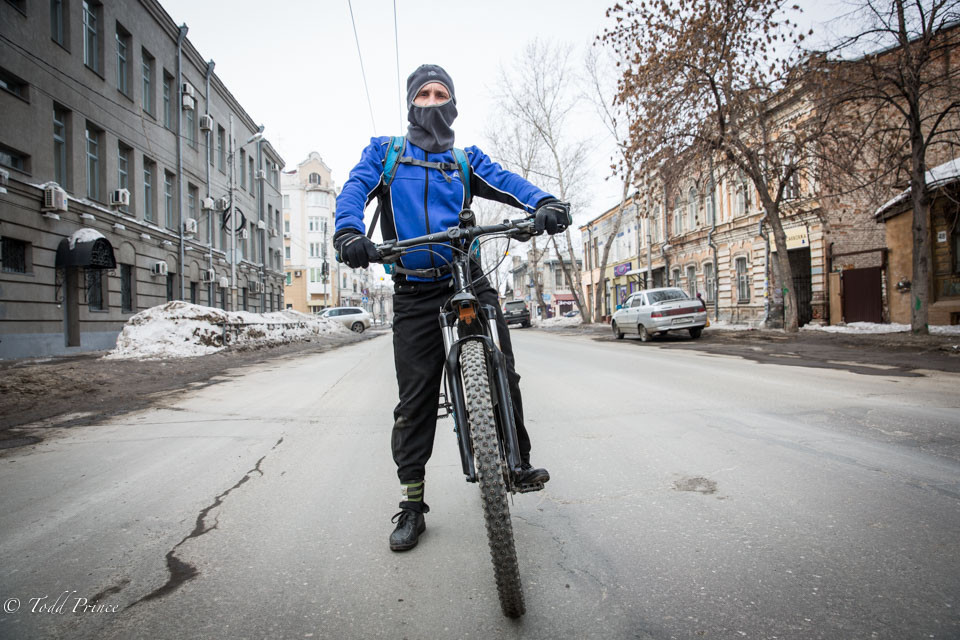 SAMARA: Victor, 48, was riding his mountain bike in the center of Samara on a weekend afternoon as temperatures around -10c. Music was playing from a radio he had tied to his bike.

The freelance electronics engineer said he rides about 50 kilometers when not repairing TVs, radio and other items. Victor said he will sometimes bike long distances, recalling a 180km trip to Ulyanovsk region.

He said he did the trip by himself, taking camp equipment that he attaches to his bike. He said he likes to listen to Chinese music when riding as he likes the melody. He spoke a few words of Chinese to me.