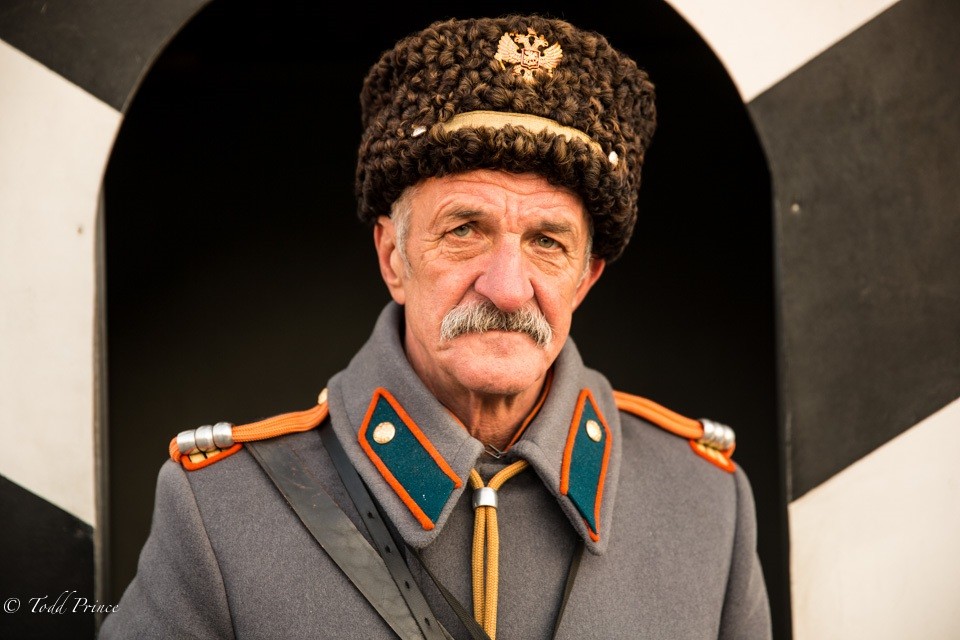 Vladimir Ivanovich stands by the Kolomna Kremlin in Moscow region dressed in an old fashion Russian police uniform. He is as much a tourist attraction as he is a city worker. Before becoming a guard by the Kremlin, he said he was a senior engineer and traveled occasionally with work. Like tens of thousands of other engineers, he said the economic turmoil of the 1990s forced him out of his job.