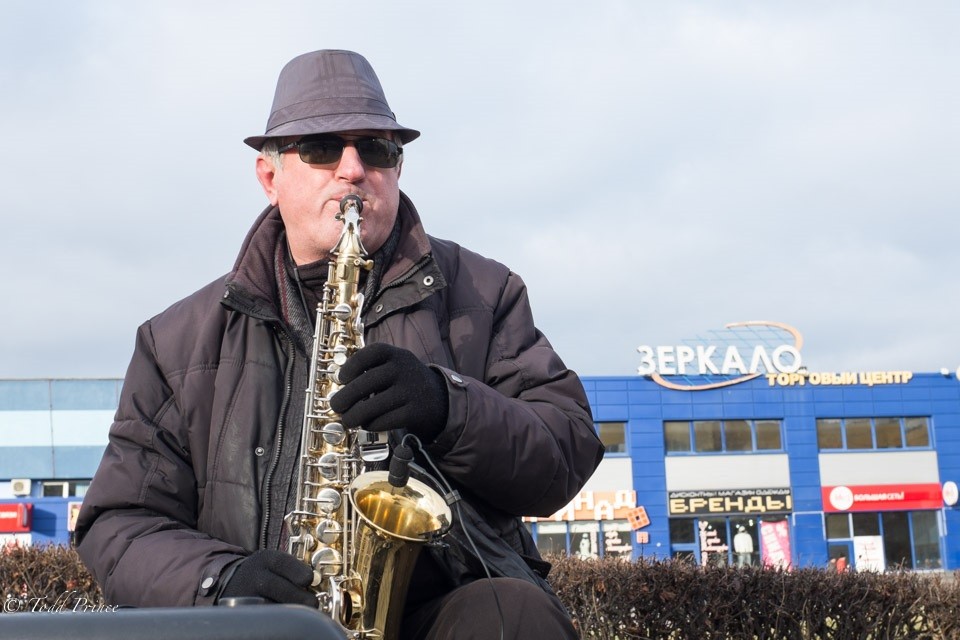 Vladimir, 63, was playing in front of the Minsk food market on a cold, sunny December weekend. He said he retired from the state orchestra and occasionally plays at some private events, but prefers playing what he likes on the streets. He said he worked once as a musician on a US cruiseliner, a job his son found for him. Vladimir said he even played on the streets of NYC, once taking his trumpet to Chinatown, where he played a few hours. He said he prefers classical and Russian music though to American Jazz. “Russia has a lot of soulful music.”