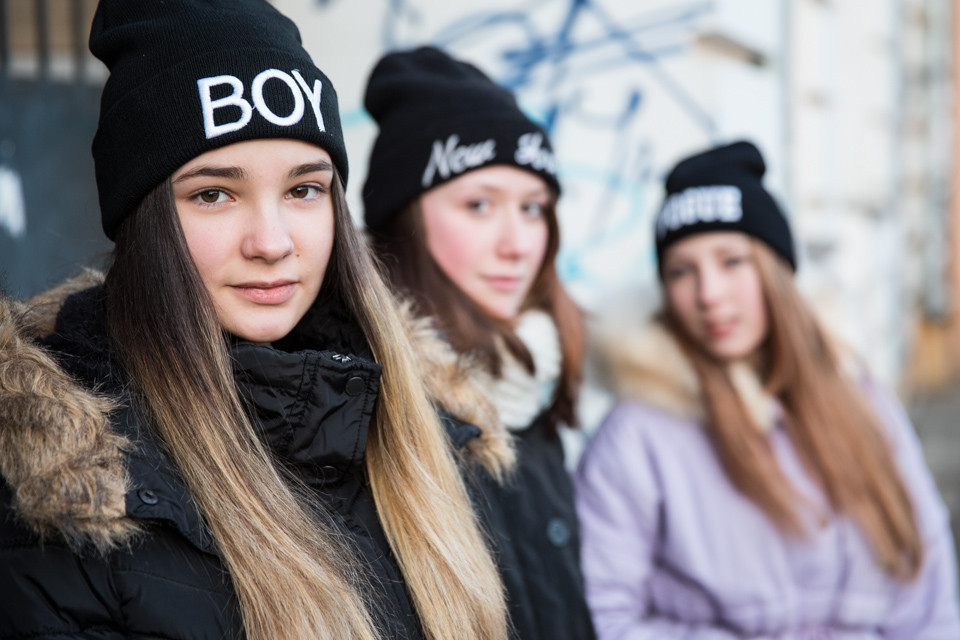 Anya, Nelli and Nastya were walking in the center of Vladivostok, each wearing a trendy black winter hat with the words ‘BOY,’ ‘New York,’ and ‘Vogue’ written on them. The teenagers said they – like many others in the Russian Far East – would like to move to St. Petersburg, where the cost of an apartment is similar.

”There are more prospects for artists there and it is more developed,” said Nastya, who loves to paint. ”There are more museums, plenty of places to walk around and it’s close to Moscow.” 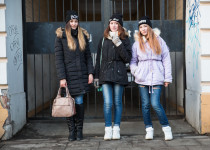 Anya, Nelli and Nastya from left to right 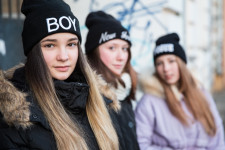 The girls are sporting the trendy black hat.