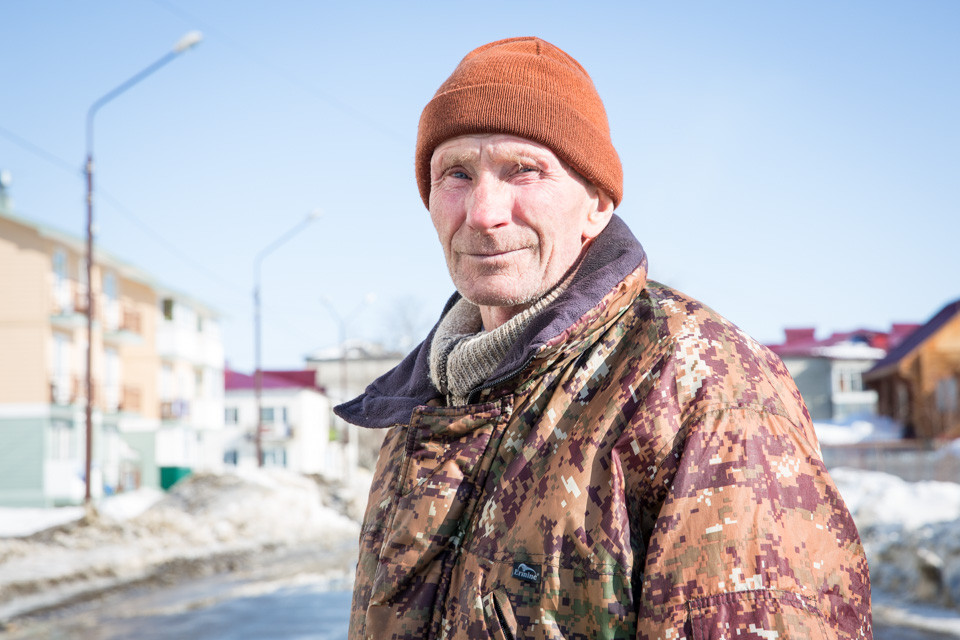 Yuri, 67, said his dad was from Ukraine and his mom from Siberia. They met and married in Vladivostok and moved to the Kuril Islands off Japan in 1947 after WWII to help develop the new territory. When he was eight, his family moved to Sakhalin Island. His parents had five children. Yuri said he played war games and cops and robbers with his siblings and friends. He also went fishing with his dad, something that has become a passion. ”I love fishing. If I can’t fish, there is nothing for me to do.” However, he said his younger brother, who still lives on Sakhalin, doesn’t share his passion for fishing.  Yuri said he was a construction worker on Sakhalin and built housing projects. Now he is a pensioner, spending his days fishing. ”Tell me, who receives a pension that is enough?” he said, when asked about retirement benefits. ”Prices have been rising. The monthly communal housing costs are quite high. ” 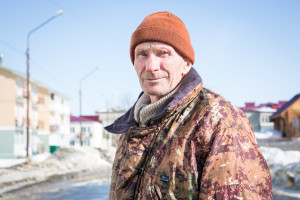 Yuri lives near the Sakhalin coast.