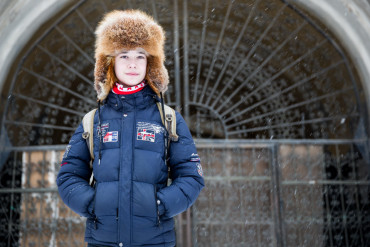 NOVOSIBIRSK: Tikhon was walking home from his grandmother's home during a snowstorm in Novosibirsk. The teenager said he regularly visits his grandmother at her home, about once every two weeks. On this occasion, they played a game. Though university is still several years away, Tikhon said he would like to become an engineer with a focus on aviation. 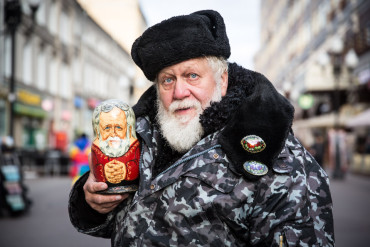 MOSCOW: ‘’When the first satellite was sent into space, my father came home with a bonus, cash, in his hands. It was so much, that you could buy a Volga car,’’ Vladimir said, recalling one of the happy childhood moments. 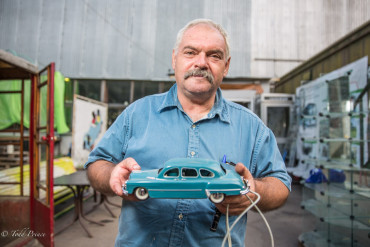 MOSCOW: Lev, 61, owns a lot of things. So many in fact, he has filled an old factory in Moscow with them. There are computers from the 1980s, TVs from the 1950s, mobile phones from the 1990s among other things. He says he ‘’loves everything,’’ but when I asked to photograph him with one thing, he showed me this blue toy car Gaz 12. He said it reminded him of his childhood as he had the same model only in white. Then he told me a story. When he was 3, he was ill and needed to get 3 shots a day for two weeks. ‘’I was afraid and hid,’’ he said. ‘’My parents bought me this car so I wouldn’t fear any more.’’ Maybe that toy car influenced him…twenty years later, he was working as an engineer at an auto plant. Later, he would run the auto plants museum for 15 years. 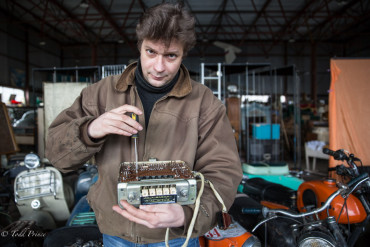 Mikhail, 38, was working away in the chilly Industrial Museum, an old, private warehouse at the edge of Moscow containing thousands of antique goods - from Lenin busts, to hot irons to 1980s computers. Mihail, an electrical engineer, was fixing a car radio for a Soviet-era Volga car. He said he volunteers a few times a week to fix electrical goods at the museum.  ''I do it solely for personal enjoyment,'' he said. A physics student at Moscow State University, he dropped out in the 1990s during his fifth year because he lost interest. He later enrolled at another university, where he got his degree in engineering. Mikhail said his favorite item in the museum is a 1967 reel-to-reel Leira-206, one of the first 'smaller' tape recorders, he said.