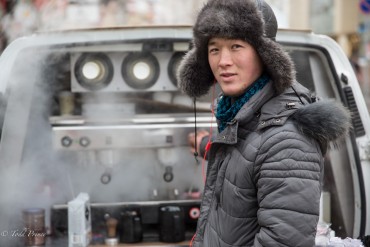 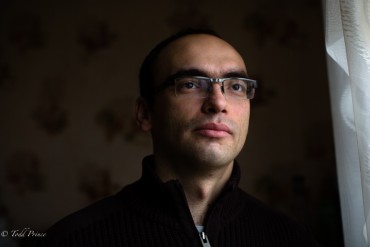 Sergei, a translator like his father, studied in America and I interested to here about his experience there. He highlighted that religious organizations were quite active on the campus and he was invited to events. He said he was surprised to see a church service where the music was performed by people with guitars and other instruments. He felt overall it was an advanced attitude toward religion. He pointed out that the more religious students from the US university are the ones that have tended to keep in touch since he returned to Russia. 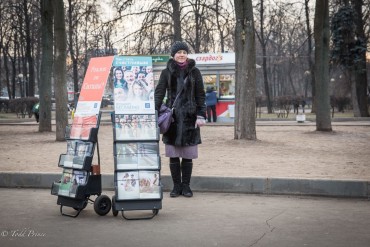 Katya, a nanny, was standing by a popular Moscow park offering interested people Jehovah Witness literature. While I often come across JW followers in NYC, I have met few in Russia and thus I asked Katya how she become a follower. Katya said she become interested in religion as a young child growing up in Siberia. She would often accompany her grandmother to church, asking her questions about Jesus and heaven. Following a move to the south of Russia, her mother became friends with a woman who was a JW follower. Katya said her mother thought the woman had made a mistake joining JW and sought to convince her. Katya said her mother ended up with the reverse outcome - her mother ended up becoming a JW follower herself. Katya said she and her sister then also joined JW because she ‘found answers to the questions’’ troubling her 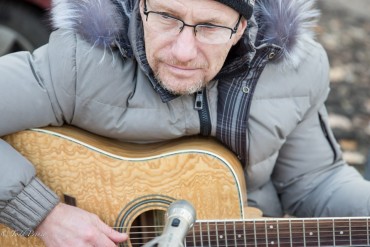 Victor was sitting on the sidewalk near a Moscow metro station singing softly as he played the guitar. A sign next to him said he was raising money for a damaged church in Lugansk in Eastern Ukraine. He said plays to raise money on his days off from work and that he has raised money for other churches in the past.