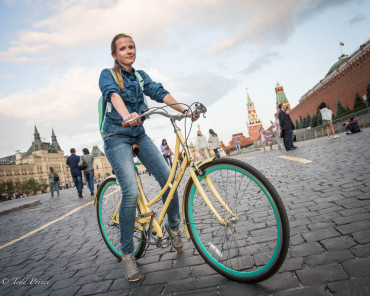 MOSCOW: Tanya, 27, was riding across Red Square on a yellow-turquoise bicycle right before sunset on a weekday evening. A manager for strategic planning at a ad agency, Tanya says she doesn't often get a chance to bike. She often returns home late from work, so only gets to bike at best once a week. However, on this particular sunny day, her employer held an outdoor corporate event. She left early, went home and got her bike. "I try to ride at any opportunity as summer doesn't last long." Born in Saratov region on the Volga, she moved to Moscow to study and stayed upon finishing. She earned two degrees, studying at two faculties at the same time. 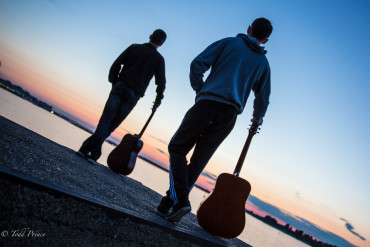 NIZHNY NOVGOROD: I was walking along Nizhny Novgorod's riverside at 5:30 pm when I saw Yura and Sergei playing their guitars. "We are just sitting, playing for ourselves," they told me. I chatted about 15 minutes with them and left to finish photographing the city. Yura told me they would be sitting her til sunset and that it was worth coming back to photograph it. I walked around for 3 hours and found myself back at the same spot right after sunset. The boys were still there, but were packing up their guitars. I ran over to get a last shot of them against the sky. Yura was right, it was worth coming back to photograph. To see some photos of Nizhny Novgorod, please click here. 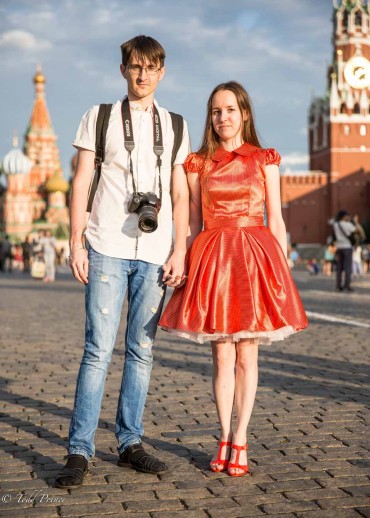 RED SQUARE: Ivan and Nadezhda, 22, were crossing Red Square right before sunset, Nadezhda's bright dress making them stick out from the crowd. They said they live in the Siberian oil town of Surgut are in the middle of a long vacation. They came to Moscow to visit Ivan's grandparents after a week-long stop in a Nizhny Novgorod village, where Nadezhda was born. They were then headed to Prague. Ivan and Nadezhda said they were in Moscow last year and I asked their opinion of the city. Nadezhda was surprised at the amount of street underpasses under reconstruction in Moscow. They said that Nadezhda’s mom joined them on the trip Moscow, a city the mom hasn’t visited in 26 years. Nadezhda's mom was surprised by the changes in Moscow, in particular, the skyscrapers and refurbished parks. I asked Nadezhda and Ivan about their view of Surgut. Nadezhda would like to see a refurbished riverside in Surgut that she sees in her home region of Nizhny. Ivan, a future pediatrician, wants to see a specialized children’s hospital in Surgut as well as a refurbished train station. I asked how they met considering that Ivan grew up in Surgut in Siberia and Nadezhda in Nizhny. Ivan said that his friend went to study in Nizhny Novgorod and became friends with Nadezhda. The friend put the two in touch and then Ivan and Nadezhda continued to communicate by Internet until Nadezhda moved to Surgut. Ivan has a few more years to study to finish his medical training. 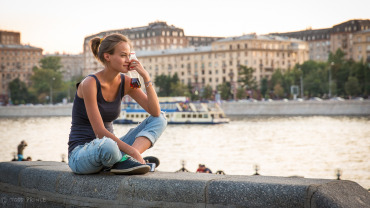 Moscow: Anya is drinking her Coke and watching Muscovites dance in Gorky Park as the sun goes down behind her and tourist boats cuise by below her. Anya said she recently quit her job and wants to enjoy the rest of the summer before seeking work.