Amir, a Dagastan native, was visiting a Moscow park with relatives. Sporting red hair, green eyes and a bunch of freckles, he wanted to sit by himself for a bit - perhaps to feel like a grown up. 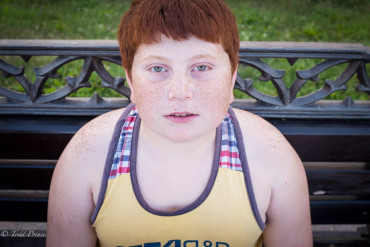 A close up of Amir, the red-haired Boy from Dagastan who was visiting a Moscow park with relatives.

Moscow Portrait: I met this man at the Black Sabbath concert in Moscow this summer. It was the rock group's first performance in Russia since the Perestoika period. This man was at their previous concert held in 1989....working as a policeman guarding the group. He said he enjoyed working the cultural/entertainment events as a policeman in those days...perhaps because he had an artistic element within him...he said he loved to dance and went by the nickname "dancer." 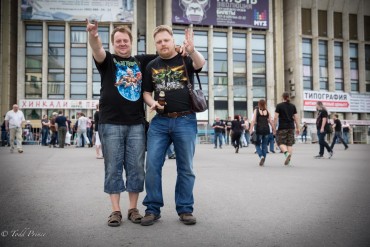 These brothers said they attended Black Sabbath's first Moscow concert in the days of Perestroika. They returned to see the groups 2nd gig this year. I asked them how the concert atmosphere differed today from 1989. "Everything is different - it was a different country {USSR}, different people. There was more cohesion among people then ...they were hungry for music. They came to such concerts because they were a kind of outlet. 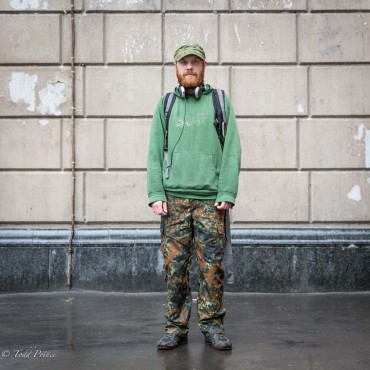 A Moscow street fashion shot. He said he was from the Moscow suburbs, worked in marketing and hoped to help people. 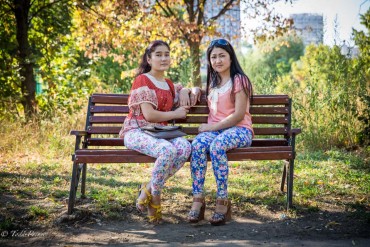 Moscow Portrait: These two young women were sitting in the shade near a "beach" in Moscow. They said there were cousins and had moved to Moscow 3 years ago from Kyrgyzstan to find work. They are two of probably 100,000+ people from that Central Asian country seeking a better salary here in Russia. 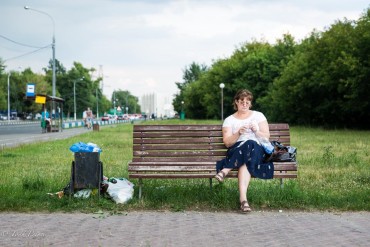 Olga, a manager at a bread producer, was sitting near a park entrance on a late Sunday afternoon in southern Moscow. She said she was knitting clothing for her 2 year-old granddaughter, something Olga said she enjoys doing that in her free time. 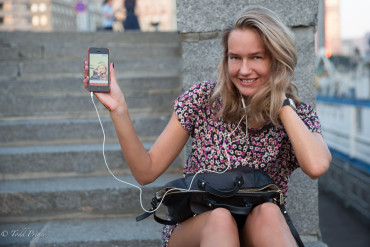 Olga, who grew up in #Kamchatka in Russia's Far East, was listening to music and taking selfies along the Moscow River at dusk as she waited for a relative to return from a store run. She showed me the selfie result. 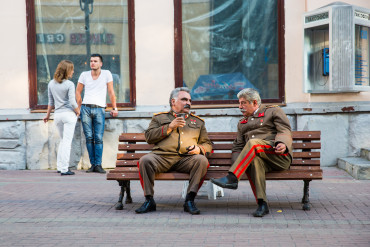 It's a story I have heard hundreds of times over the years from Russians older than 40, but it still touches me nonethless.....I asked Pyotr how he began working as a portrait artist. He said he was working as an engineer in the late 1980s but "was forced to by the collapse of the Soviet Union and the economy" to find some other means of taking care of his family. Petr said he would take his son, then a small child, with him occasionally to the pedestrian street or park where he drew.