KAZAN: ''Small business is growing quickly now despite the absurdities in the sphere and the huge amount of barriers to starting a business in Russia,’’ said Leonid, 24. Barbershops, street food, extreme sport, tattoo salons and streetwear are among the most popular small businesses nowadays, he said. Leonid plans to give small business a shot as well. His EWOS - Experiments With Our Sneakers - will aim to customize popular footwear to serve youth looking to standout from the crowd. Leonid, who currently works for a clothing retailer says there are many ''sneaker heads'' in Russia and an underground community of youth that already customize their footwear at home. Leonid said such fashion trends come quicker now to smaller Russian cities thanks to the Internet and greater access to information. ‘’While Russian provinces were far behind Europe in terms of style years ago, I don’t see such a large difference now.’’  He plans to launch his business shortly and has already found people to custom design the footwear. Sneakers have become more acceptable as a fashion statement in Russia over the past few years.

KAZAN: Natasha is a single mother of a four-year old girl. She works during the day while her daughter is at school. Natasha's elder sister lives in the US with her husband.

KAZAN: "I first saw this performance art on TV news, then I looked it up on Youtube, tried to copy what I saw and then I began to try my own tricks," said Artur. I stopped to talk to him as he was wearing a Brooklyn shirt. He used to perform beatbox, but said there were many youth doing that as well in Kazan. In addition, he wanted to learn something new that could delight people. He took first place in Tatarstan and second in a Russia-wide student competition. "After that, I started to get calls to perform [for money]." Artur used to perform a few times a week, but now less often. He is finishing his university degree in marketing while also working part-time for Red Bull.

KAZAN: ‘’I was born the same day as my grandfather’s horse. Back then, people would always say that my life would be connected with these wonderful animals,’’ said Rakhim, 27. Born in a village in Tatarstan, he began riding his grandfather's horses from an early age. When he moved to the city in his youth, he didn't cut his ties to horse riding. In fact, he has turned that love into a small business: he stands outside the Kazan Kremlin offering locals and tourists to take a ride in an old-fashioned horse carriage. He plans to expand his business with new carriages and routes. He also wants to launch a horse-drawn omnibus.

KAZAN: ”I wish our country offered more exchange programs so that Russian children could travel and see the world, learn languages and share our interesting culture,’’ Natalia, 22 told me when I asked what she would like to see in her country.

KAZAN: This couple were having their photo and video taken in the Old Tatar Quarter of Kazan. I asked the photographer when the wedding was taking place. In a few minutes, he answered. Upon finding out where I was from, he asked the couple to let me take their picture as a memory of my visit to Kazan.

KAZAN: "Five years ago, I was searching in the Internet and found a K-Pop video. The music style was very unusual and the video was interesting with powerful dances. I had never seen anything like that before," saif Farida, 18. It launched an interest in Asian culture that has grown with time. Farida practices cover dancing (K-Pop) and studies Korean language once a week via Skype as her university doesn't offer it. Having spent two weeks in Korea, she would like a chance to work and live in Korea. In the mean time, she is studying English and Chinese at university.

KAZAN: A few street fashion portraits from Kazan, the capital of the Tatarstan Republic in Russia. 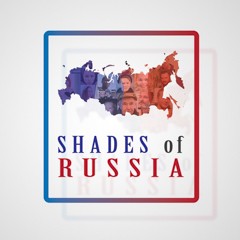