KAZAN: “We were producing the same beer over and over and it got a bit boring,” said Dima, who has been runing a small brewing business in Kazan, Russia making a lager for many years.

“But I started to see more and more information about craft beer on the Internet and social media and thought this would be a profitable niche.”

So, last year, he and his partner used their existing capacity at their lager production facility to start Republic Brewing Co, Kazan’s first craft beer brand.

Craft production was as easy as expected, so the partners invited specialists to help them with the recipes.

“The most difficult thing is to make an interesting-tasting beer,” he said. “Better to share the profit then get burned.”

Dima, who does yoga and jogs in his free time, thinks craft beer will continue to gain in popularity in Russia. Dozens of craft beer bars and brewers have popped up in Russia over the past few years.

“In two years, every restaurant will offer craft beer.” 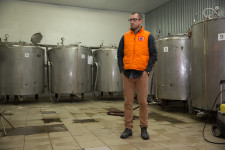 Dima at his beer making facility on the outskirts of Kazan. 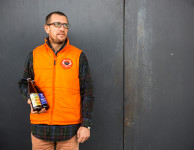