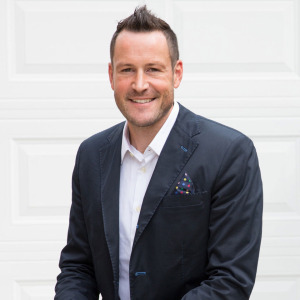 I grew up in Brooklyn, New York not far from the Russian-speaking neighborhood of Brighton Beach.

As a teenager, I was intrigued by the stories of the Soviet immigrants that I met at my dad’s store in Coney Island, at the beach or in cabs (many of the cab drivers in my area were Soviet engineers).

It sparked an interest in Eastern Europe, a region I knew absolutely nothing about.

Upon finishing Brooklyn College, I moved to Moscow to teach English for a few months with the expectation I would return to New York to pursue a graduate degree in East European studies.

However, fascinated with developments in Russia and the former Soviet Union, I stayed to work as a journalist for Bloomberg News before joining Bank of America.

Over the years, I took up photography, initially to capture memories. It became a more serious pursuit in 2009, following a two-week photo tour to Mongolia.

In late 2011, I turned my photography attention to Moscow to capture the physical changes within the city. I post many of those photos on www.toddprincephotography.com

In 2013, I began the ‘Shades of Russia’ portrait project to capture the fashion and social changes I was observing as well. I simply wanted to share with others my observations.

This project took inspiration from The Sartorialist, which initially sparked my Russia portrait project, and HONY, which showed the value of looking beyond just fashion.

My Russia and ex-USSR portraits and stories would have remained a private project were it not for the encouragement of former Bloomberg journalists, banking colleagues and family.