MOSCOW: Timofei and Anna, 17, were sitting on a bench in a Moscow park dresses in black leather coats. They said they were fans of rock and punk.

Anna said Elvis is her favorite. She first heard about him during a school class about music when she was 12.

She has been listening to him since and has his albums on her phone. Her favorite song is “‘Any Day Now.’

His favorite song is ‘Brand New Cadillac’ by The Clash. Timofei said he style was inspired by Jonny Depp in the film ‘Cry Baby’ about the 1950s. 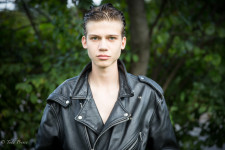 Timofei said his style was inspired by Johnny Depp in the movie ‘Cry Baby’ about the 1950s. 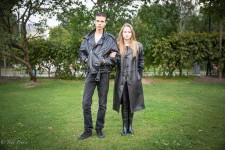 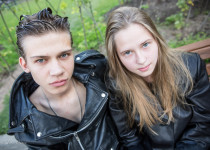 Timofei and Anna, 17, were sitting at a park in Moscow dressed in black leather coats.