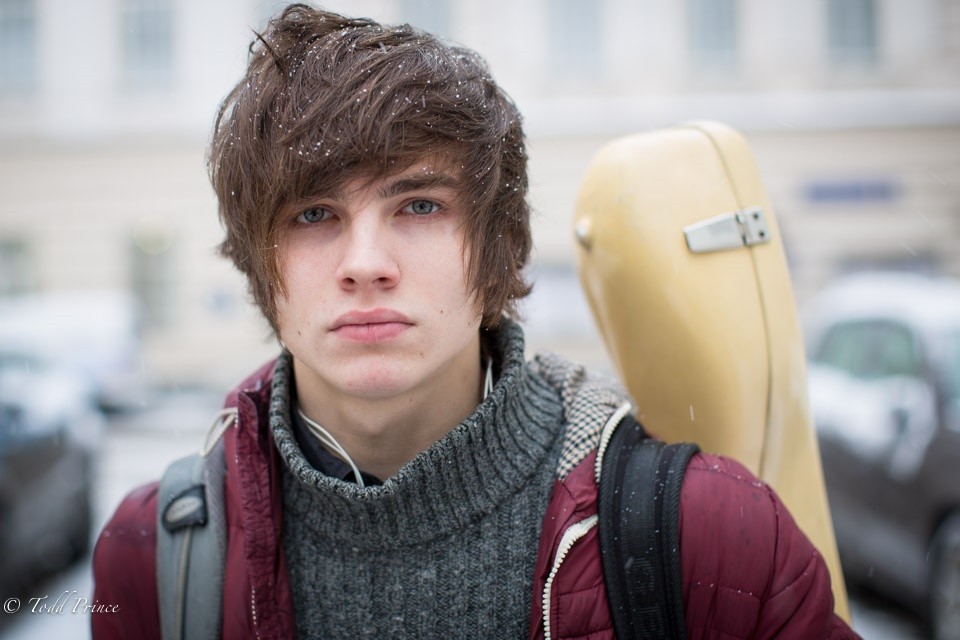 In my previous post about Lera, she said both her parents were skilled at drawing, . Akim, pictured here, takes the family artistic skills to one more generation. I saw Akim talking to friends near a music academy in the center of Moscow on a snowy afternoon, carrying an instrument on his back. He said he plays the violincello, recently finished his Russian music studies and was planning to continue his education in Germany. I asked if anyone else played music in his family. He said his parents and grandparents play the violin, among the eight professional musicians in his family. Akim grew up in Obinsk, a town outside Moscow built around the world’s first nuclear power plant that is known for its top-notch physicists and engineers, not musicians.